The Glaswegian X-Men actor was almost duped out of a whopping £10,000 when booking a family holiday at The Ritz Carlton Abama Hotel in Tenerife.

In a video shared on social media app, Instagram, the 39-year-old warns off tourists from making the same mistake.

“Just avoided being scammed through a cyber scheme. They are The Ritz Abama Tenerife. Don’t use them, they nearly took 10 grand off me which is a tonne of money,” McAvoy says in the video.

The Atonement actor jokes that the website was so convincing it looked even better than the real Ritz Carlton’s site, as he scrolls through a luxury ‘5-star’ hotel web page with a blue serene cloud background.

Just avoided being scammed online. TRYING TO BOOK A HOLIDAY FOR MY FAMILY AT THE RITZ Carlton Abama hotel in Tenerife. The real website is www.ritzcarlton.com DO NOT USE THIS ONE ???? (www.ritzabamatenerife.com)???? #annerobinsonweneedyou #watchdogbbc material.

He goes on to explain how he had exchanged a number of emails with a man named ‘Joaquin’ who asked the star for the payment via bank transfer.

“I just thought the deal seemed too good to be true,” he added, “I doubled checked it through a travel agent and it was a tenth of the price it should be.

“Stay away. If you’ve been scammed by them, hit me up.”

The father-of-one has captioned the post with comical hashtags, ‘Anne Robinson we need you’ and ‘Watchdog BBC material’.

He has since alerted the real Ritz Carlton to the scam.

McAvoy first rose to fame with his supporting role of faun Mr Tumnus in The Lion, the Witch and the Wardrobe, followed by an award-winning role in The Last King of Scotland.

The actor’s latest movie, Glass – the sequel to the harrowing Split – is set to be released January 18, starring Bruce Willis, Samuel L Jackson and Sarah Poulson. 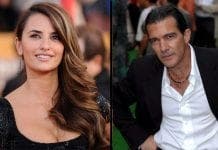 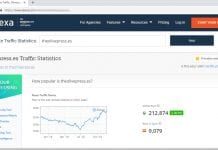 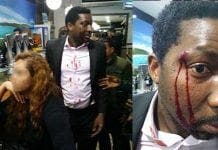