DURING the 1990s, I lived amidst a large Roma community in La Latina, Madrid, close to the gypsy flea market. My next-door neighbours were the Carmona family—relatives of the flamenco group Ketama – and we would hear singing, guitars and taconeando through the walls. Here was the image of the gypsy artist.

Some years later, living in the mountains outside Madrid, I would pass the Roma shantytown, Pitis-La Quinta. It had a huge oak tree and goats and washing strung over debris. When it was razed in 2007 it seemed a shame. But a representative from the Fundación Secretariado Gitanos (FSG) assures me that living there would be no picnic.

“With rats running past your door, the cold and lack of sanitation? Bringing up children in that?” Here was the other image, the gypsy as a chabola (shack) dweller.

These two images constitute the stereotype of the Roma people in Spain. And it is hard to see past it. Not that another reality doesn’t exist but those who live it only manage to do so by becoming ‘invisible gypsies’—keeping their origins quiet to avoid the deeply entrenched prejudice that still exists, reinforced by the media and certain politicians. And not just the ultra-right.

In 2004 Carmen Gonzalez, then vice-president of Education for the Madrid regional PP government, said there was little point in readying gypsy children for school, because a gypsy boy only ‘wants is to go to the market to sell fruit with his father’.

According to José Eugenio Abajo Alcalde of the Asociacion de Enseñantes con Gitanos (AEG): “Of course they want to be included. Why would they want to auto-marginalise themselves? How could they possibly want that when it stops them from getting jobs?”

And yet a staggering 55% of Spaniards are uncomfortable with Roma pupils attending their children’s schools according to the Eurobarometer on Discrimination (2012); while only 9% have any significant relationships with Roma people, according to the FSG’s own survey in 2004.

And things haven’t changed much since, despite the best efforts of the National Roma Integration Strategy 2012-2020, focused on education, employment, housing and health.

Far from marginalising themselves, mainstream society has cut them out. The truth is that large numbers of the Roma community are caught in a vicious circle that dates back centuries.

They came to Spain almost 600 years ago from the Punjab. But their luck ran out in 1499 when the Catholic Monarchs branded Jews and Muslims traitors and gave the Roma 60 days to leave or settle as serfs to landowners. ‘Offenders’ would get 100 lashes and jail; repeat offenders would have their ears cut off – a medieval version of the yellow Star of David Which identified Jews in Nazi Germany.

In 1749 they were once again singled out for persecution with the Gran Redada (Great Round-up), designed to rid the country of Roma. Ten thousand were arrested simultaneously, the men and women separated and sent to labour camps. This cruel persecution lasted 14 years.

In 1933, the Republican government’s Law of Idlers and Crooks legitimised the surveillance, segregation and detention of supposed ne’er-do-wells in so-called reformatories.

Shockingly it wasn’t until 1978—thanks to the first Roma politician to address parliament, Cadiz-born activist lawyer Juan de Dios Ramírez-Heredia—that Roma were recognised as Spanish citizens with access to education and healthcare. But the 55% illiteracy rate and substandard housing almost across the board remained big issues.

“None of this was taught to us at school,” says Roma journalist Ana Segovia Motoya who promotes integration for her community as a member of the FSG. There are now between 750,000 and 950,000 Roma living in Spain, with 40% based in Andalucia. The number in professional careers is rising, forming a Roma middle class with the courage to own their identity and provide a voice for the community. These are the 2.6% who have gone on to higher education.

“I was the first girl in my village in Cadiz to leave for university,” says Ana, 28. “But now I’m a role model. We need role models.”

At university in Sevilla, where she studied journalism, Ana was often confronted by the sort of ignorance displayed by Carmen Gonzalez. She says: “We had a test and were asked to explain what the collective image of a gypsy was. The correct answer was ‘artist and delinquent’. I left it blank and got a worse mark.

“Another teacher asked us who the Jews of the 21st century are in Spanish culture. No one answered and he said, ‘The gypsies because they set up their stalls in the markets but don’t pay tax’.”

It has taken Ana years to find the courage to challenge the prejudice.

“Four years ago, when I went for a flat in Madrid, the owner said: ‘Thank God you’re not gypsy.’ My uncle signalled for me to keep quiet so I would get the flat. He was so ashamed I had to go through that. Later I did tell the owner I was a gypsy. She replied: ‘You don’t look like one.’ You have to fit the stereotype.”

Today only 4% of the gypsy community live in the chabolas that fuel this stereotype. Adequate accommodation, says the FSG, has a marked impact on education. If you have somewhere decent to live, you can start to focus on education and a job. And when more women start to work, they have fewer children.

However, there is still marginalisation within schools, says Jose Eugenio: “As teachers belong to mainstream society, they too have their prejudices and there are plenty who consider the gypsy pupils to be unruly and tending towards delinquency. It’s like a self-fulfilling prophecy.

“Then there is the employment ceiling. If employers recognise someone is from a gypsy neighbourhood, in many cases they won’t give them a job. Where’s the motivation to study?”

The FSG worked with 456 schools last year on an individual approach to these problems resulting in 81% of Roma pupils graduating with the secondary ESO certificate. The FSG also coordinates work placements with open-minded firms across Spain.

And they have other champions. On February 28—Andalucia Day—the President of the Congress of Deputies Ana Pastor received an award from the FSG for her contribution to the defence and support of the Roma community, along with La Caixa’s social programme Alcampo (which is a big gypsy employer), SM Foundation, RNE Radio, Gypsies, Art and Roma Culture and the flamenco star Manuel Moreno.

As José Eugenio says: “If the politicians, the teachers, the parents of non-gypsy children and the gypsies were all clear that we have to fight for harmonious coexistence, then wonderful things would happen.” 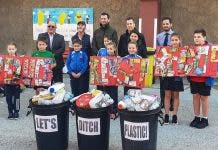 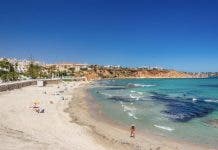