AN alleged drug gang behind at least thirty robberies has been caught in dawn raids by police across eastern Mallorca.

Guardia Civil arrested 10 people and seized two kilos of marijuana, as well as a cache of stolen goods.

Last September, Guardia Civil began investigating a spate of robberies across the Mallorcan Llevant, including one where a large quantity of tobacco was swiped.

The investigation identified several suspects who were also engaged in growing marijuana.

Police carried out simultaneously raids yesterday on three properties in the towns of Felanitx and Portocolom, followed by a raid this morning on an internet cafe in Felanitx.

All the recovered goods will be displayed, from Monday to Friday between 9am to 1pm in Manacor Guardia Civil Station. 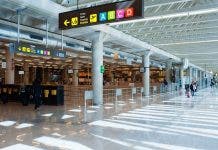 Espanyol beat Wolves in the second leg of their Europa League tie in Spain, but the British side qualify...