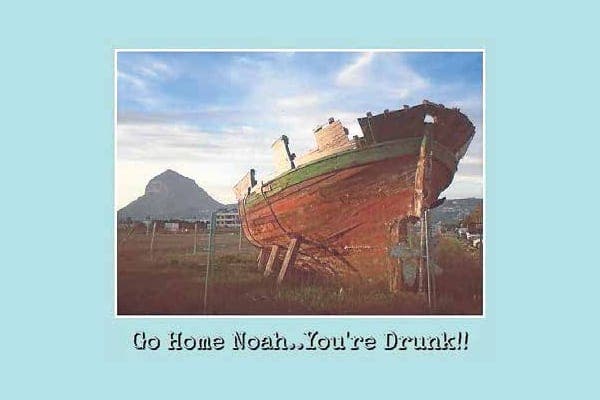 SO I sat myself down on Sunday evening and started to do my usual pondering on what I should write about in my column this week.

I had only just put the brain into first gear when suddenly the grey skies that had been overhead for what seemed the past two years or so, turned a deadly shade of black and all the mountains around me disappeared from view.

Well yes, we had been warned by the weather powers that be, to expect a Gota Fria, but with so much previous wolf-crying on that particular subject over the years, we just all made sure we knew where the umbrella was stored and satisfied ourselves that we did not immediately need to clean the red dust-covered car, safe in the knowledge that a wee shower was probably due, but nothing that would water the wine down too much!

Boy, was I wrong. Within minutes the drizzle had turned into a biblical storm, thunderbolts were diving everywhere and lightning was striking all around me.

Not being a nervous sort, I still thought it would pass over quickly and settled back into my ponderings about cleaning, which I had no intention of actually doing, but I did want to inform my readers of the potential dangers of embarking on such activities.

But soon I had to leave those thoughts for another day as it was clear that I was needed to go take a look at my Javea Connect group as I could no longer ignore the dreaded multiple ‘bings’ screaming at me from my phone.

Those of you who live in, or close to Javea will not need telling that Sunday night’s storm was some seriously freaky weather.

Cars were quickly abandoned, with water reaching the top of the tyres within minutes.

After a few hours of this incessant H2O, Javea was in danger of becoming the next Atlantis as the river Gorgos burst its banks and only expert surfers were able to get through to McDonald’s.

But seriously, as is usual in many Costa Blanca communities, people were there to help each other if needed, and apart from one or two people who still wanted to promote their kite business or sell their villa, most of my members kept to the disaster of the day and community spirit prevailed as it did in the dreadful fires of 2016.

Whilst the worst I personally suffered was having to go get the estufa out again and put some socks on, I did, at the time, have a visitor who is fairly new to the area and who ended up rather stranded.

Unfortunately, my ark has not passed this year’s ITV, mainly due to the windscreen wipers now being pretty rare and out of stock at the local Chinese bazaars.

Plus, of course, the Ark Lane in Ondara has not been functional since 1476.

I have to admit though, there is a joker about these parts who must have waited until the thunder had headed over to Benissa before grabbing his wellies and a box of matches to sneak out to his garden to ignite one huge firework.

Yes, as what everyone needed after four hours of ear-bashing bangs, was…well need I finish this sentence?

In the meantime, my stranded visitor could not return over the rainbow to Benitachell and was, therefore, forced to occupy the haunted spare room for the night.

When I awoke on Monday, said visitor had ‘legged it’ but Pedro the Poltergeist was in good spirits and was happy for the company he said.

So there we are folks, at the time of writing this, the rain has stopped, the sky is still grey, but as someone who likes always to look on the bright side of life, the McDonald’s staff all managed to row safely to work, the estate agents had a day off anyway, the beach sunbeds have had a free power wash, and life on the Costa Blanca will, by the time you read this, have probably resumed normal service.

All we have to worry about now is the Sahara red dust that is still heading our way. But then again, ever the optimist me, still no need to clean the car yet.

For all your ferreting needs

Someone who will remain nameless told me how astounded he was that a pet shop existed dedicated to solely the sale of ferrets.

Intrigued by this, I started to mentally scour the area where he saw this shop and could not picture it at all, plus I wondered how on earth anyone could make a living selling these little cute but rather weasley creatures.

“Ah yes,” said I, “That well known store owned by the multinational Ferrets-R-Us.

By the way…a group of ferrets is called a business.