SPAIN has again labelled Gibraltar a ‘colony’ in a renewed bid to separate it from Britain.

Foreign Ministry officials attended a meeting organised by the Declaration on the Granting of Independence to the Countries and Colonial Peoples.

Also known as the UN’s Committee of 24, the meeting, in Saint Georges, in the Caribbean saw Spain double down on its commitment to Gibraltar’s ‘decolonisation’.

Madrid also called on the UK to fulfill the UN mandate on Gibraltar in the spirit of the Brussels Declaration of November 27, 1984.

It comes despite 99% of Gibraltarians rejecting shared sovereignty with Spain in the 2002 referendum.

The Spanish have however consistently pushed a conversation on the Rock’s sovereignty, including during the Brexit process, as well as pressure from the far-right Vox party.

Spain also highlighted the fact that it sees the Rock as being within its territory, unlike other so-called ‘colonies’.

“This circumstance, recognised by the United Nations since 1965, makes the case of Gibraltar clearly different from that of other territories subject to decolonisation,” A Spanish Foreign Affairs spokesperson said.

Madrid has also frequently targeted Gibraltar in controversial wargames off the Rock, which have been responded to by the UK’s Royal Navy. 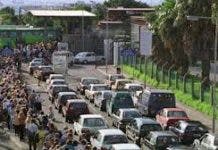 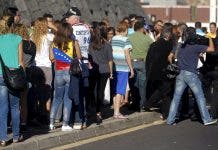 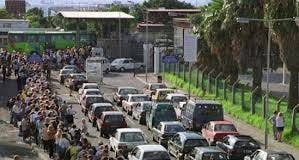 John Culatto - 24 Feb, 2020 @ 19:08
Ftontier fluidity with Gibraltar has been the main demand from the neighouring towns when they met with the Spanish Foreign Affairs minister in Madrid.