A BRITISH holidaymaker has died after falling from the 15th floor of his apartment block in Benidorm.

Colin McGarry from Belfast, died at around 1.45 am on Sunday morning after plunging from the balcony of Torre Gerona in the ‘Little England’ area of the Costa Blanca resort.

The 48-year-old had arrived in Alicante on Friday with a group of friends.

A post-mortem is due to take place in Spain and local police are probing the incident, but have not released any information.

It is understood the Kevin Bell Repatriation Trust is assisting the McGarry family in arranging to have Mr McGarry’s body brought home.?

The SDLP councillor for Oldpark, Paul McCusker, said his thoughts and prayers were with the McGarry family.

In a message posted on Facebook, he said: “Deepest sympathies to the McGarry family from the Oldpark on the tragic death of Colin who died while on holiday in Spain, a big gentleman.

“My thoughts and prayers are with his heartbroken family at this extremely difficult time.” 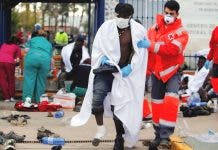 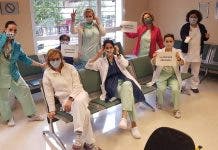