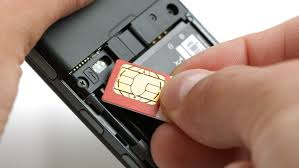 SIM-swap fraud is on the rise and could see you lose tens of thousands of euros, police in Spain have warned.

The fraud sees a criminal get hold of a victim’s bank account details.

The fraudster then gets a copy of the mark’s SIM card by posing as them in phone shops, before putting it into a mobile device.

They will then use the victim’s bank details to transfer money or purchase items or even request loans worth tens of thousands of euros.

Often, lenders will send an SMS to the client’s phone with a code before authorising said transactions, which the fraudster will receive on their device having cloned the mark’s SIM.

“We don’t have a precise number of reports, but each year, there is a significant increase in cases,” Carlos Vico of Guardia Civil’s cybercrime unit told El Pais.

“The first cases surfaced in the US but it has been gaining ground here since 2015.”

“The phone is almost always the second factor in the two-step verification process,” Carles Garrigues, a professor of computer science at the Universitat Oberta de Catalunya, also told the Spanish daily.

“And password theft can be done by what is known as ‘phishing’ – the king of scams.”

Explaining the phishing phenomenon, Vico added: “You think you are connecting to [Google’s email service] Gmail, but it is really a different page. The situation gets serious when the criminals manage to get the password to their victim’s email, which is often linked to a number of services.”

Tricksters can also access a victim’s data through the use of fraudulent apps that secretly extract information from smartphones.

This can also be done via WiFi signals.

Vodafone says it follows a strict protocol when it comes to handing over copies of SIM cards, and that this can only be done by showing the four-digit user access code to the phone, or the user’s ID card, billing address and the last four numbers of the user’s bank account.

“We won’t issue a duplicate without ID,” says a Vodafone spokesman.

Vico told El Pais that the tricksters range from computer-science students to organised gangs, who can use social-engineering techniques to access the people’s personal details.

He added that getting a copy of someone’s SIM, however, is often as simple as persuading staff that the original has been lost.

Jennifer Cunningham - 6 Aug, 2022 @ 14:00
I appreciate everything has changed due to Brexit, but it is now far more important to have health insurance than ever.  This is not...

Shore Warning: These virgin beaches in Spain could be under threat from development

IN PICS: Ringing of flamingos in Spain’s Malaga