GANGLAND Killer Kenneth Noye could now be on his way back to Spain having walked free from prison after 20 years.

The criminal mastermind hid out for a number of years on the Costa de la Luz, before he was arrested for the murder of Stephen Cameron, 21, beside the M25, in 1996.

The crook behind the infamous Brink’s MAT robbery-then the biggest in British history- fled to Spain to hide out.

While detectives knew he had come to Spain they could not believe it when it emerged he was living in the small coastal resort of Atlanterra.

Noye however had worked out he could live in palatial splendour in a stunning seaside villa for a third the price of Marbella or Javea, in Alicante.

Locals in the nearby town of Zahara de los Atunes believed that he was merely a retired businessman.

He had a Spanish girlfriend and lived a low-key, relatively humble existence.

According to Costa folklore however, he would occasionally take the two hour drive east to meet chums and associates at various pubs in Fuengirola.

However he would always ensure to leave early in the evening before cops could trace him.

According to Olive Press sources he still plans to return to the isolated Atlanterra property.

“It is a stunning place and he is definitely planning to come back,” the source told the Olive Press.

“When he was hiding out there he was very careful about what he did and where he went.”

Noye’s release from an open prison had been approved despite his victim’s father Ken Cameron, 72, arguing Noye should die behind bars.

“I’m totally devastated. I can’t believe they have made this decision. Life should mean life.

“I hoped this day would never come. I sort of knew it was coming, though – I was almost resigned to it. But it is still a complete kick in the teeth,” remarked Ken after the ruling. 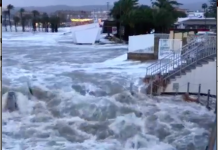 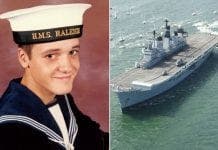 Police find ‘bone fragments’ in Gibraltar cemetery as they search for missing sailor Simon Parkes, who is feared victim of notorious serial killer 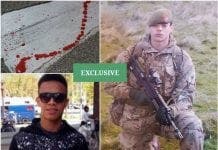