X FACTOR star Danny Tetley has come back to Benidorm for exclusive shows to last all summer.

The Bradford-born singer just missed out on X Factor 2018’s final after a sound issue ruined his performance of Queen’s Who Wants To Live Forever.

But the 37-year-old entertainer will now be at the Riviera Music Lounge for his thousands of fans to see.

“We are proud to announce that from Monday July 1, every night at 11pm, our dear Danny Tetley will be on stage for you all,” a spokesperson for Riviera Music Lounge said.

Tetley earned a standing ovation from judges, including Simon, following an emotion-charged rendition of Jennifer Hudson’s And I’m Telling You I’m Not Going in August 2018.

It was the second time in 17 years Tetley had met Simon after being booted out of Pop Idol in 2002.

Before having his second successful attempt at X Factor, Tetley had spent the intervening years honing his craft in Benidorm bars. 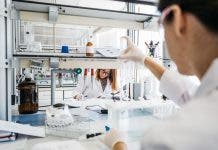