RESIDENTS have taken to social media to express disgust over piles of posidonia seagrass so thick they ‘can’t get to the sea’.

One resident in Denia, Sabela Miñana, said the smell was so bad she ‘couldn’t stand even being close’ to the beach.

Another, Pepita Caselles Mut, said the beaches of the Costa Blanca destination had ‘never been so dirty and abandoned’.

The complaints come after Denia’s socialist mayor, Vicent Grimalt, clashed with the Popular Party (PP) over the Mediterranean seagrass.

“It seems incredible that, knowing what posidonia does for the environment, you still have the obsession that it’s a form of rubbish,” Grimalt said this week.

He added that posidonia is not a ‘seaweed’, but a Mediterranean plant that plays a vital role in cleaning the seawater.

“People need to be made aware of this – in Formentera, for example, posidonia is no longer collected,” Grimalt added.

Mut retaliated however that the residents near to the Alamadrava and Les Rotes beaches had a ‘right’ to go swimming.

She added that the seagrass is ‘putrefying’ on the beaches and could harm tourism. 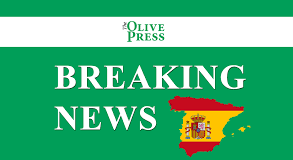