REAL Madrid star Gareth Bale has AGAIN been slammed for ‘not speaking Spanish’, just days after his big-money move to China collapsed.

This time it was the Welsh forward’s ex-boss, the former Wales and Real manager, John Toshack, who twisted the knife.

In an extraordinary rant, directed at the 30-year-old, on BBC radio 5 Live, Toshack said: “It saddens and sickens me.

“Come out Gareth, do an interview, speak yourself.

“You’ve been there for six or seven years now, you don’t speak the language.

“That’s an insult to the people you are working for.”

The explosive comments from Toshack, 70, come after the Madrid board blocked Bale’s move to Jiangsu Suning, as they were unwilling to release him on a free transfer.

Bale would have netted a cool €1.1 million a week had he signed the three-year deal at the Chinese Super League side.

A frosty relationship between Bale and Galacticos Los Blancos boss Zinedine Zidane developed after the Frenchman admitted it would be ‘best for everyone’ if he left Madrid.

Bale has faced numerous criticism while at real Madrid, including from teammates Thibaut Courtois and Marcelo who also blasted his ‘inability to adapt to Spanish life’.

Is Toshack right to criticise Bale? Let us know by writing to newsdesk@theolivepress.es 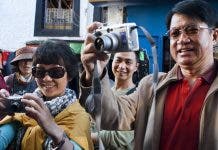