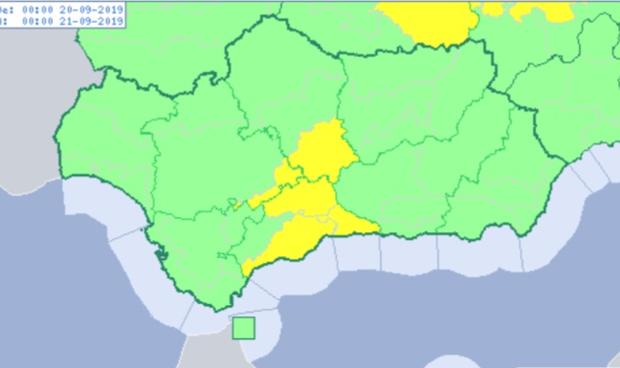 SPAIN’S weather agency AEMET has issued a yellow warning for rain and storms in Malaga.

The alert is in place from 8pm tomorrow until 9am on Saturday in Antequera, Axarquia, Costa del Sol and Guadalhorce.

Experts predict up to 20 litres per square metre could fall in just one hour.

A decrease in temperatures is also expected with lows of 20C and highs of 27C.

The rain will begin to ease off at around 12pm on Saturday.

The rain will be on and off until Sunday but AEMET said Monday should see the skies clear.

The downpour will come just days after devastating gota fria floods ravaged Malaga, Almeria and many parts of the Costa Blanca.

Some seven people were killed after being washed away in cars and surprised by water in their homes.