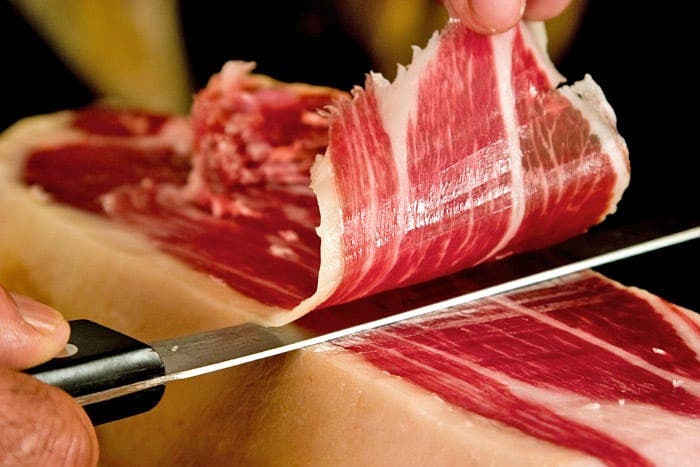 BUYING jamon at the supermarket in Spain can be a bit of a minefield.

With so many brands and cuts available, and at such varying prices, it’s difficult to know which offers the best bang for your buck.

Well now the OCU Consumer Organisation has analysed all the products in a lab and ranked them in order of quality, so you don’t have to.

It comes after consumer regulations were brought in in 2014 which forced brands to reveal the breed of the pig and its diet.

Experts have tested the DNA makeup of each meat product before running a taste trial, judging on aroma, flavour, texture, colour and saltiness.

In the highest quality category, according to the OCU, the best product is the Club gourmet El Corte Inglés 100% ibérico bellota.

The OCU praised its ‘excellent taste’ and said it contained the highest level of oleic acid – a decisive ingredient for taste and texture.

The second-best in this category was the Bellota 100% ibérico de Cinco Jotas.

In the lowest category, the Iberico Bait Sánchez Alcaraz came out on top with 89 points and costing from just €9.35 per 200g.