A SAVAGE farm owner has been arrested after dumping the body of worker who died picking olives for him.

The deceased 31-year-old from Morocco is believed to have suffered a fatal heart attack on his first day at work.

He allegedly worked without documents or a contract, for his boss, who the Guardia Civil detained in Pozo Alcon, Jaen.

Police said the farm owner had taken his employee to a local medical centre, claiming he needed assistance and a stretcher.

He is then reported to have left him and fled, after which a doctor realised that the man he had dropped off was dead.

The pair are originally believed to have met each other at a house frequented by migrants looking for seasonal labour.

Following the incident, the Town Hall has successfully requested increased police surveillance in a bid to prevent further exploitation.

January of this year saw the province record its biggest ever harvest, while it is set to produce more olive oil than Italy, Greece and Portugal put together by the end of 2019. 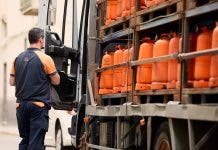