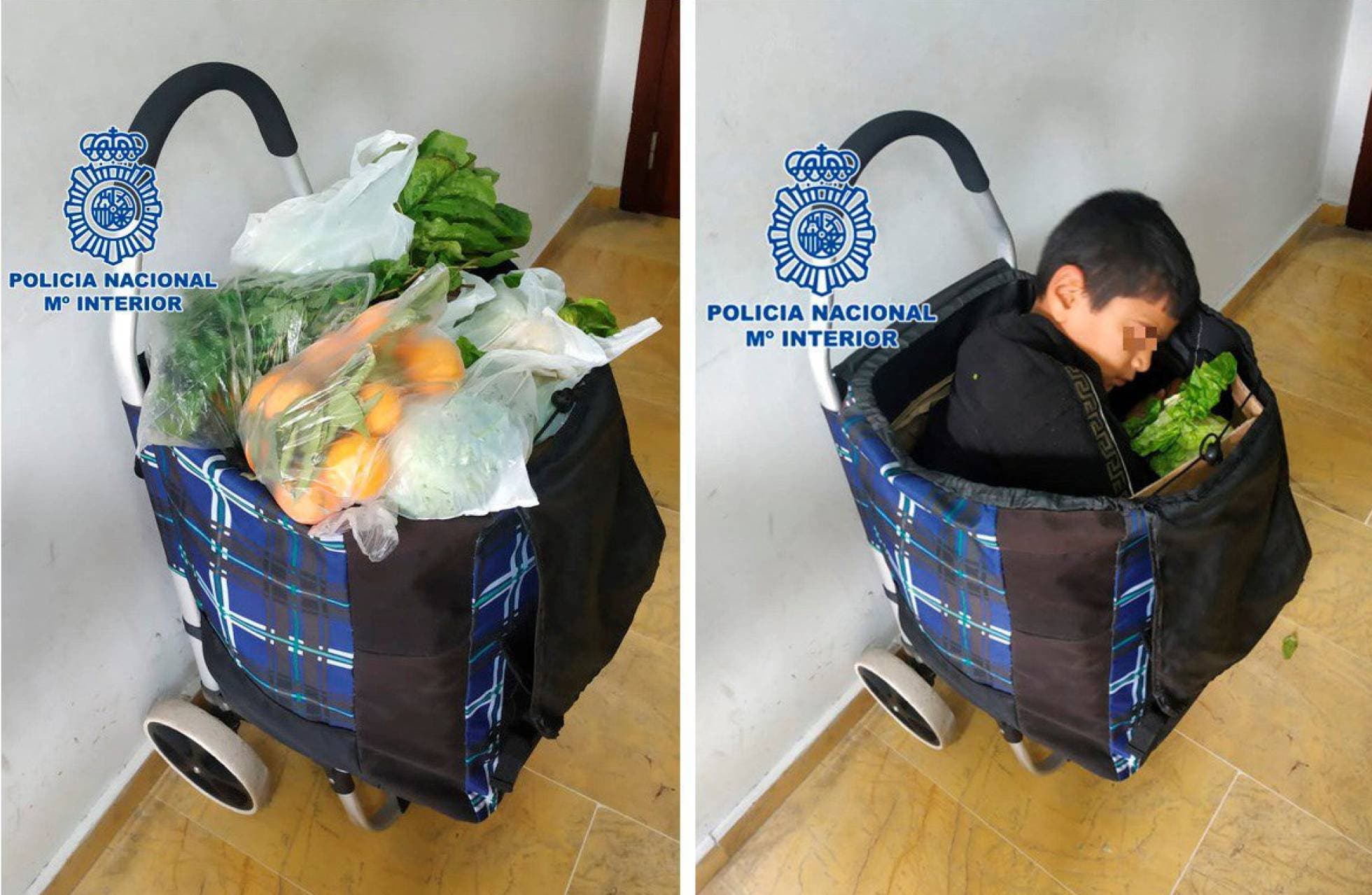 A MOROCCAN couple have been arrested for trying to smuggle a Palestinian boy into Spain inside a shopping cart.

The unnamed woman, 38, and man, 34, were stopped by police at the Melilla-Morocco border on Monday after police noticed the cart seemed to weigh heavier than it should.

They removed the layers of groceries to discover a 10-year-old Palestinian boy clutching onto his documents.

The boy was in good health and was handed over to his mother, who was in the Temporary Immigrant Stay Centre (CETI) in the Spanish territory of Melilla.

The couple behind the failed smuggle attempt were arrested at around 1pm at the Beni Enzar checking point.

They were charged for ‘violating the rights of foreign citizens’ and appeared before a court on Tuesday.

The border between Morocco and Spain is a hotbed for smugglers and has seen migrants go to desperate lengths for the chance to reach Europe.

In May 2019, one migrant was found hiding in the glove box of a car as it tried to pass through Melilla.

George Mathias - 5 Jul, 2022 @ 12:15
SPANISH police have impounded three underwater drones built specifically to smuggle narcotics from Morocco via the Strait of Gibraltar. The inventive method made use of...