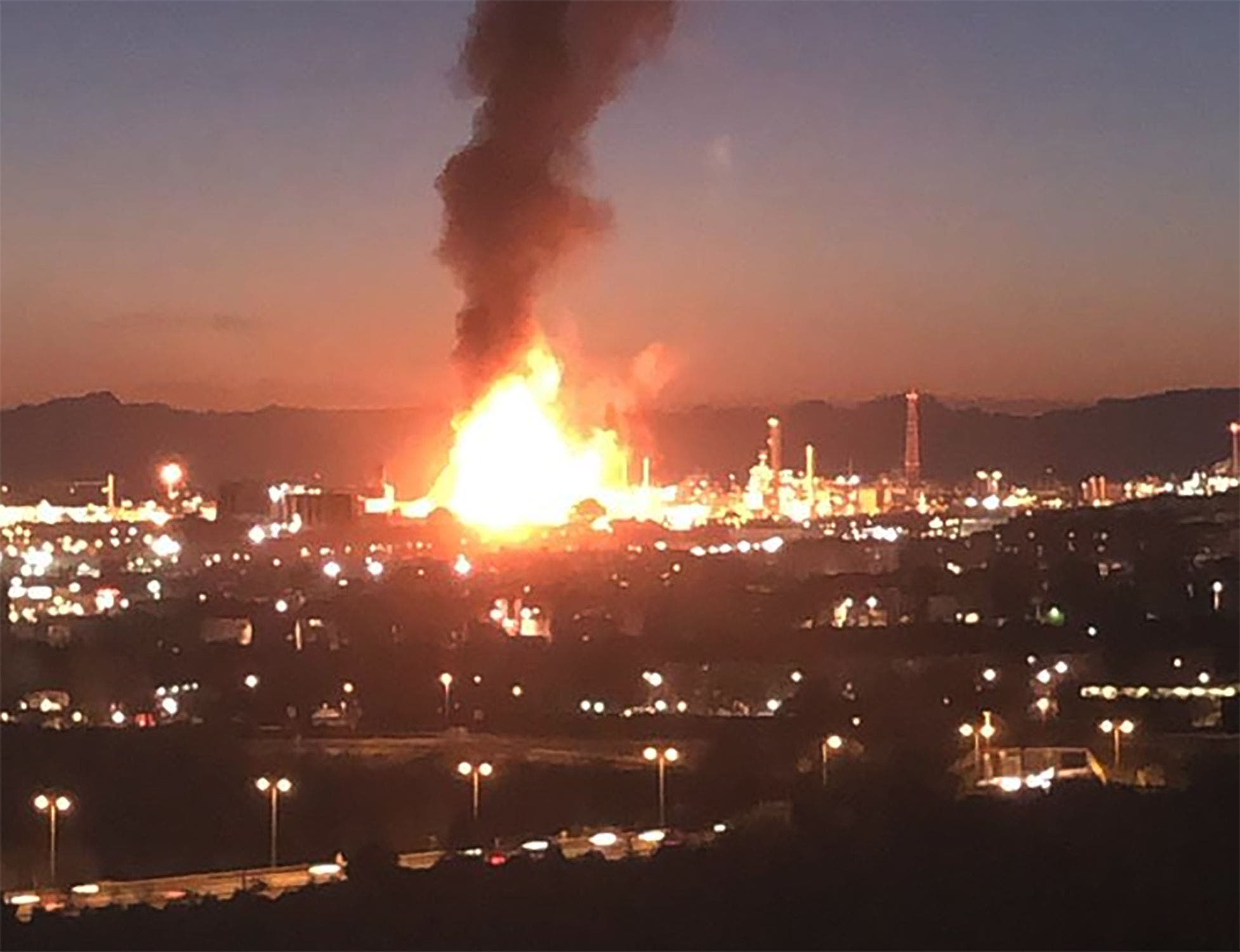 TWO workers are fighting for their lives after suffering serious burns to their bodies when a petrochemical plant exploded in Tarragona earlier this evening.

Another employee is unaccounted for following the inferno at the La Canonja plant, while two others are significantly injured.

A further two have walked away with lighter injuries.

Dozens of firefighters have been tackling the blaze since the first eruption at around 6.35pm sent a huge fireball into the sky.

Black smoke could be seen bellowing from miles around, as residents were warned to lock their windows and doors as a precaution.

However government sources have confirmed that there is no toxicity detected in the air as of yet.

One person has been killed after a building in a nearby neighbourhood collapsed owing to the force of the explosion.

Other buildings on the industrial complex are now being inspected over fears they could also be structurally compromised.

Prime minister Pedro Sanchez is understood to be closely monitoring the situation while regional president Quim Torra has headed closer to the area.

Firefighters are optimistic that the inferno will be put out this evening.