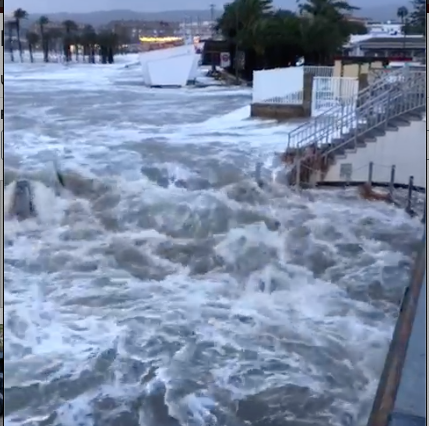 STORM Gloria has claimed another victim after a woman was found dead in Valencia this morning.

The 54-year-old Romanian had died from hypothermia and was found in a park in Gandia by town hall workers.

The victim was homeless and had been sleeping rough in the area with her husband for some time.

Both had refused to go to government run shelters.

It comes after a man was killed in Asturias yesterday when he was hit by a van which had lost control on the snow-covered roads.

Red weather alerts have been extended to Valencia and Alicante today as rain, snow and deadly sea conditions continue.

Alicante airport has been forced to remain closed for the entirety of Monday.

It comes as many coastal areas have been almost completely destroyed, including the popular El Arenal in Alicante.

Alex Trelinski - 24 May, 2022 @ 16:15
A drugs gang including British citizens who took suitcases of narcotics to the UK and across Europe, has been arrested by the Policia Nacional. Police...