MURCIA will soon have an action group that addresses the issue of ‘illegal homes’ in the region.

Abusos Urbanísticos No Murcia (AUN-Murcia) will be arranging public meetings to work with administrative and political parties in a “constructive and friendly way, looking for basic and rapid solutions for the thousands affected by planning issues that still exist.”

It follows on from similar successes achieved in Andalusia by Abusos Urbanísticos Andalucía No (AUAN), where changes in a number of laws helped resolve the problem of illegal houses.

This allows homeowners to access services legally and register their property at the Land Registry, allowing many expats who were duped into buying what they thought was a normal home, connection to water or electricity.

Gerardo Vazquez, lawyer and spokesperson for AUAN and the National Pro-Justice in Planning group (CAJU) states that, “People think that there are no planning issues in Murcia, but I know very well that there is a lack of knowledge that these problems exist.”

“For example, there are serious problems that have gone on for years in the Camposol urbanisation in Mazarrón.”

He continued, “We have also established contact with those affected in the neighbourhood of Gea y Truyols, in Murcia City.”

Maura Hillen, president of AUAN, clarifies, “Our intention is to do the same that has been done in Andalusia.”

“We will be asking for a meeting with the government of the Region of Murcia, as well as all the parliamentary groups in the regional assembly of Murcia to discuss what is lacking and what can be done,” she explained.

The president of the new association in Murcia, Linda House, added “I am very excited with this step, I believe that unity is strength and that AUN-Murcia can help many people who have spent years going around in circles without solutions.” 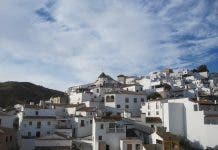 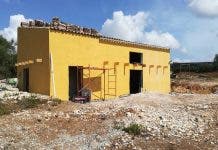 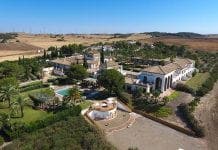