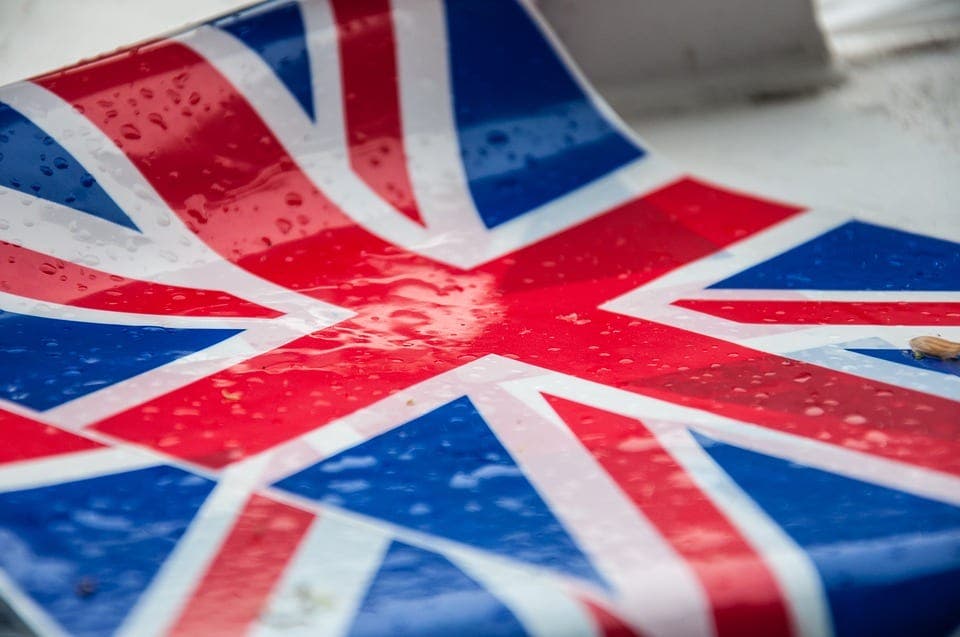 SO are the shackles finally off or are we about to embark on one of the messiest and costly divorces in history?

Maybe both. It depends who you listen to.

But one thing is for sure. When the clock strikes 12 tonight, the UK will have officially left the European Union and we expats in Spain will all be ‘Brextranjeros’, as the Olive Press is dubbing us.

It only took three prime ministers and 1,316 days of parliamentary bickering, but we are finally here.

Possibly to his eternal discredit, Boris got it done and Brexit is happening.

Only one question remains though… to celebrate or commiserate?

Will you be weeping into a vino tinto or triumphantly sinking pints of Carling?

Or maybe you will be drawing inspiration from Spanish New Year’s Eve and gobbling down a dozen scotch eggs as we count down to midnight, for the sake of Auld Lang Syne.

Scores of British expats in Spain will be out somewhere tonight, regardless of whether they’re Brexiteers (unlikely if you’re an Olive Press reader as our 75/25% poll last year discovered, more of which later) or Remoaners.

One fiercely British Remainer, 64-year-old Paul Darwent, is hosting an ironic Brexit bash up in the hills on the way to Ronda.

Tonight the expat of 22 years is putting on a ‘tongue-in-cheek’ evening of poetry, food, music and comedy at his popular Bar Allioli in Jimera de Libar.

There’s even a competition to win a fake European visa.

There are likely to be a few Leavers present, while ITV News – and Olive Press TV too – will also be there to capture the thrills and spills.

One person who definitely won’t be celebrating this evening is Anne Hernandez, President of Brexpats in Spain which is fighting for the rights of British residents here.

“I feel violated,” she told the Olive Press today, “I feel a personal sense of bereavement, and tonight I will be losing my identity.

“I’ll be sitting indoors crying tonight, I’ll be having a strong cup of coffee.

“How can people celebrate losing their rights? It’s barbaric, 47 years of history erased.

“My big question is, who is the UK going to blame when it leaves and it can’t use the EU as a scapegoat?”

Meanwhile, across the border on the Rock, Fabian Picardo’s Gibraltar is marking the EU departure with a ‘short and solemn’ EU flag lowering to the glorious sounds of Beethoven’s Ode to Joy.

Further afield, other Brexit celebrations included some pathetic Union Jack-waving by Nigel Farage and his Eurosceptic cronies in the European Parliament in Brussels.

The Brexit Party leader’s antics were swiftly cut short by vice-president Mairead McGuiness, who turned off his microphone, adding: “Please sit down, resume your seats, put your flags away and take them with you if you’re leaving now.”

Farage’s anti-EU revelry was matched by the front pages of Britain’s right-wing press this morning, which invoked patriotic sentiment with images of the White Cliffs of Dover and Big Ben.

‘A new dawn for Britain’, was the Daily Mail’s splash, while the Daily Express opted for ‘Yes, we did it’.

Among the most self-aggrandising was the Daily Telegraph, boasting in an eight-page Brexit supplement how its former columnist (Boris Johnson) made it into Downing Street and led the country into a new era.

Meanwhile, others chose to optimistically look ahead to even more holidays in Europe post-Brexit, including English journalist and theatre critic Quentin Letts.

Writing in The Sun, he said: “The hairpin bends of Monte Carlo, the bleat of Pyrenean mountain goats, the canals and bong shops of Amsterdam, Scandinavia’s fjords and frisky midsummer freedoms, plus all those amazing, bewildering, beautiful languages and literatures and cooking styles: Europe will continue to exert her magical allure on us.”

Local Mijas Councillor Bill Anderson, who became the first Brit to take up the post in the town’s 40 years of democracy, was slightly more measured than Letts.

“Tonight I’m having dinner at home with my Spanish wife,” he told the Olive Press, “I’m definitely not going to any Brexit parties.

“Some are going to drown their sorrows I’m sure, but for me, it’s not a chance to celebrate, I think a lot of British people will be affected.

“The biggest effect in the short term will be on the national police, because we’ll all have to be registered. We’re foreigners, no longer EU citizens.

“The police have been preparing for this for a long time, in Fuengirola they have been taking on more staff.”

But beyond tonight, when the tiresome catchphrases, such as ‘taking back control,’ are a distant memory, what, if anything will actually change?

Aside from a commemorative 50p coin and blue passports, most things will actually remain the same during the 11-month transition period, which ends on December 31.

Unless it’s extended, which has got to be a distinct possibility.

One thing that could change on New Year’s Day 2021 is pensions.

For those still set on making Spain their retirement destination after that, current pension guarantees will not necessarily apply from December 31 and your state pension may be frozen.

Unless guarantees are renewed, some 650,000 Brit pensioners across the EU will no longer see their pension increase each year in line with wage growth, inflation or by 2.5% (whichever figure is higher).

Despite claims to the opposite by the British embassy and consulates nothing has been set in stone.

For the 365,967 Britons registered in Spain – the actual number of Brits in Spain is closer to 800,000 – Spain issued a royal decree last year effectively guaranteeing several rights –  healthcare, freedom of movement and the right to work.

Brits living in Spain are advised to check the Government website for more information, but crucially should make sure they are registered on the padron, registered as a foreigner, have enough time left on their passport and have exchanged their driving license for a Spanish one.

But as we embark upon a new chapter of European history, the Olive Press is still here to keep you updated. And we will do so on an almost daily basis most likely.

Despite a recent Euro Weekly News poll revealing that 81% of its readers would be out celebrating tonight, we expect the vast majority of you reading this (and not the loud rabble-rousers on Facebook) to be licking your wounds.

According to our own poll of thousands last year some 25% of Olive Press readers supported Brexit – still a staggeringly high number, given our location.

At the Olive Press we continue to fly the European flag on our front page every fortnight.

Our passports may be about to change colour, but we will always be European and will continue to bring you the top stories from around Andalucia and Spain.

Keep up to date with all the latest Brexit news tonight on www.theolivepress.es and Olive Press TV.

Or if you really are sick of it all, navigate to some of our non-Brexit features and interviews.