He was busy setting up for another busy night of entertaining customers at Whispers, in San Miguel de Salinas, when tragedy struck.

After telling his bosses about ‘feeling funny’, a replacement for the evening was already on their way.

Soon afterwards, the 57-year old collapsed and died of a suspected heart attack, despite emergency ambulance staff tending to him for an hour.

He leaves his wife of only three months, Jan, and two sons, Joe and Jay.

His charity work was well-renowned in the region, and was intrinsic in efforts to supply kitchen equipment to the small village of El Saladar, near Almoradi.

Dean had reported no signs of ill health, although he was a well-known ‘workaholic’ in the Costa Blanca area, with entertaining duties at parties, karaoke and presenting his breakfast show on Big Radio Spain.

Station manager, Richie Sparks, said, “Dean came to Spain to join me at Big FM and has been a huge part of the station for the last four years, his endless energy and passion for his job and family was an inspiration and he will be sadly missed.”

Carla Stone works at rival radio station, Sunshine FM, in Orihuela Costa, she told the Olive Press, “Losing someone from the entertainment world in what is a small close-knit community is devastating to so many people – our hearts are with all of Dean’s family.”

Another popular entertainer, Bee Rumble, spoke to us and admitted, “We always found Dean to be full of fun, laughter and a great buddy.”

“Dean once invited me and my husband Lee over for lunch one day, and he served up cheese crackers – we ribbed him for years about it!”, she joked.

A book of condolence has been opened in reception at the Big Radio studios on Calle Blanca, Ciudad Quesada. 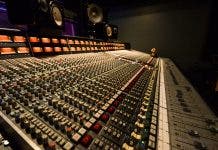 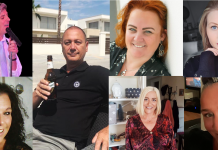 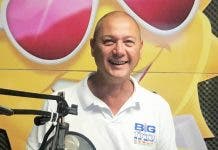