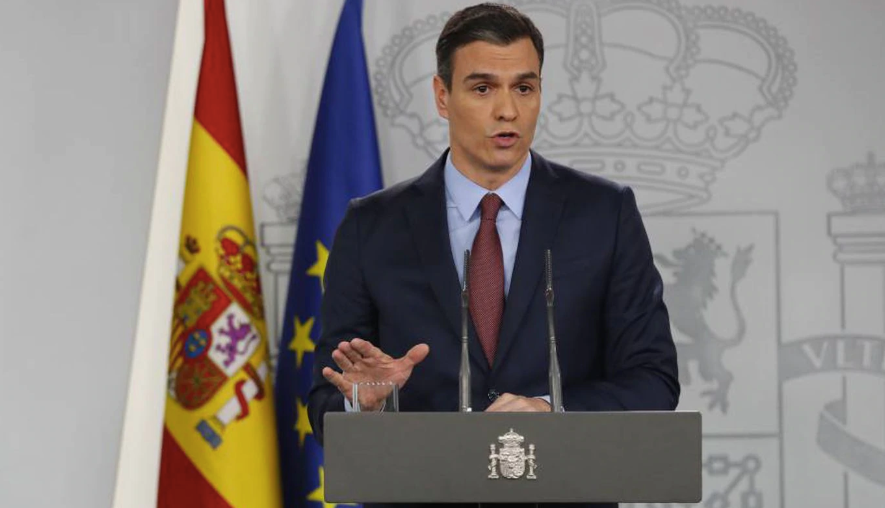 SPAIN will be on official lockdown from Monday at 8am and for at least 15 days.

That’s the decision made by Spanish Prime Minister Pedro Sanchez after declaring a ‘state of alarm’ yesterday.

The coalition government has opted for the most drastic measures and will follow in the footsteps of Italy to mitigate the effects of the COVID-19 pandemic, according to a draft copy of the decree seen by El Mundo.

Under the lockdown, citizens and residents may not leave their homes unless they need to buy medicines, food, attend health centres, care for dependents or go to the bank.

The decree states that you can only be on public roads in certain scenarios: to buy food, pharmaceuticals and basic necessities, to attend health centres, travel to work, to return home, assist the elderly, minors or other vulnerable people, go to the bank or any other justifiable necessity.

Private vehicles will be allowed to travel on public roads to refuel at petrol stations but all commercial establishments will be closed, as will cultural, sports and leisure centres.

Public transport services via road, rail or air will drop by 50%, while religious ceremonies will be allowed to continue as long as crowds are avoided and people keep at least one metre apart.

The state of alarm, which has only been issued once before back in 2010 (during the air traffic control crisis) will also grant four ministers extra special powers.

Meanwhile, a sanctions regime is also now operational for those who defy the new decree, although no details have been revealed on how hefty the fines or punishments could be.

“The measures contained in this royal decree,” it is alleged in the draft, “are essential to deal with the situation and are proportionate to its extreme gravity.”

The text also contemplates the mobilisation of all the armed forces in efforts to contain the coronavirus.

The armies will be under the direct control of Grande-Marlaska, who becomes the new strong man of the Government with around 250,000 officials under his command.

Their main objective, in addition to ensuring compliance with movement restrictions, will be to maintain the supply of basic necessities such as food and medicine.

Elsewhere, the decree also allows for the Government to take over private enterprises if and when is necessary.

This is especially aimed at the medical industry, but means the health minister may ‘intervene and temporarily occupy industries, factories, workshops, farms or premises of any nature, including health centres, services and privately-owned establishments, including the pharmaceutical industry… and carry out temporary ownership of all kinds of goods.’

All businesses will be closed for 15 days however there are several exceptions.

Those are ones which provide essential services, meaning supermarkets, petrol stations, pharmacies and medical clinics will remain open.

Added to the list of exceptions are hairdressers, launderettes, dry cleaners and opticians.