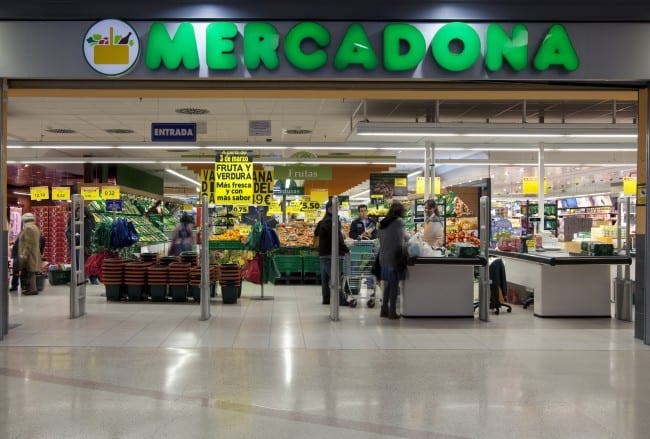 MERCADONA has announced that it will be bringing in new security protocols to cope with a rise in panic buying over the coronavirus pandemic.

It comes after scenes of hysteria from its stores across the country have seen queues from early hours, large crowds and stockpiling leaving shelves bare.

Customers have been asked enter the store alone, not in a family unit, nor with children or friends, reported El Mundo.

Although Mercadona told the Olive Press today that it would not be forbidding children from entering given that some families consist of single parents.

Meanwhile, at risk groups, like the elderly or people with chronic diseases, have been asked to avoid the supermarket.

The supermarket giant also asked that people shop throughout the day to avoid a mad rush and large crowds at opening hours.

“This will enable us to serve customers throughout the day and every day,” the Valencian-based company said.

In a statement it added that people do not unnecessarily stockpile products, vowing that the supply of basic necessities is ‘more than guaranteed.’

Meanwhile, shoppers will only be able to pay by card and will be forbidden from returning products.

Customers will also have to wear gloves to handle products.

Store managers will also be monitoring how many people are in the store and ensuring people remain at least one metre apart from each other.

If the limit of people inside the store is exceeded, no one else will be able to enter until it empties, reported El Mundo.

The store managers will be assisted in their duties by private security guards.

If there are queues at the entrance, a minimum distance of one metre will be marked for people waiting their turn to enter the doors, which ‘must be respected in order to gain entry.’

Inside the stores, the limits of one metre will be marked on the floor of the Fishmonger’s section and in the aisles.

Stores will also be open from 9am to 8pm – as opposed to the usual 10pm.

Mercadona has also reinforced internal measures for the health and safety of its workers and intensified the daily disinfection and cleaning processes of its facilities.