According to consumers’ pressure group Which? Travel, an investigation has found Ryanair, EasyJet and Jet2 have no more flights available to book from Spain to the UK this week.

This, says the organisation, has left many British holidaymakers stranded and frightened.

Last night Foreign Secretary Dominic Raab said: “We are strongly urging UK travellers overseas to return home now where and while there are still commercial routes to do so.”

But this is proving almost impossible for many British travellers.

According to Which? airlines remain legally responsible for helping customers get home. Despite this, it has been deluged with calls from people who have had to endure multiple cancelled flights and been given little to no information of what to do by the airlines.

One couple whose story is becoming typical are Sandra and Lewis Will.

They had a flight booked with Ryanair from Alicante to Aberdeen on March 26.

When it was cancelled they rebooked for March 29, only for this flight to also be cancelled.

Speaking to Which? Travel, Sandra said: “We are in our seventies and I have recently been released from a Spanish hospital after having a mini-stroke, so this kind of stress does not help.

“We are in Spain under lockdown, hoping at some point there will be rescue flights for all the abandoned people.”

In the end Ryanair offered them a refund, which they accepted as there were no alternative flights.

Rory Boland, editor of Which? Travel, said: “While it’s right British travellers are being urged to return to the UK, the reality is that there are now thousands of UK residents stranded in dozens of different destinations with no means to get back.

“The government must improve its communication and provide British citizens fearful of being stranded abroad with useful advice.”

“Where scheduled services have been withdrawn, it should leave no stone unturned to get these people on flights home.” 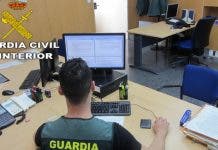