MORE than 100 Spanish soldiers have been repatriated early from Mali after a coronavirus outbreak.

There were 278 members of the Spanish armed forces based in the African country to help the Malian army.

The Ministry of Defence has evacuated these soldiers after they were no longer needed due to the pandemic paralysing the training tasks the Malian army were undertaking.

A soldier who contracted the virus has also been evacuated, in a medical Airbus 310 from the Air Force, making him the second Spanish soldier in the African country who has tested positive.

The soldiers that have contracted the disease will have to undergo a quarantine period of two weeks when they return home.

Between 150-200 personnel from Iraq and 30 from Afghanistan have also returned to the Iberian country for the same reason.

A Ministry of Defence spokesperson spoke to El Pais and said: “This decision was made in coordination with our allies and with the host nations, so that it does not affect the commitments with the different security organizations of which Spain is a part of.” 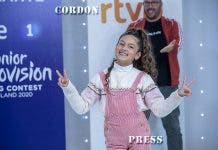