THE Guardia Civil have arrested an ISIS supporter in Madrid for posting terrorist threats on social media.

The anti-terrorist officers arrested a man from Guinea-Bissau who used social media to make threats and encourage attacks against state institutions and the King.

Among the people targeted were also high ranking judges and members of the Centro Nacional de Inteligencia (CNI).

They also included logos and flags of the terrorist group that up until a few years ago controlled much of Syria.

The 48-year-old also had a criminal record that included the use of violence in robberies.

The Guardia Civil describe him as a ‘dangerous and unstable’ individual, pointing to evidence that he’s what is described as a lone wolf. 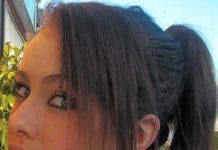 OPINION: Family of missing expat teen Amy Fitzpatrick deserve to learn the truth about what happened to their daughter however long it takes