OPPOSITION has grown to a pilot plan for the closure of Line Wall Road to traffic from the start of June.

Over 2,600 people have signed a local petition claiming that the proposal will only create traffic chaos elsewhere.

The main road will be closed from Duke of Kent House all the way to Orange Bastion, although access will be allowed for delivery vehicles.

“I’ve been asked by many people if the restricted use of Line Wall Road could possibly lead to congestion in other areas,” said Minister for Transport Vijay Daryanani.

“Like every new scheme, there will be challenges, but I think the whole package will lead to less cars being used.

The road will however continue to be open for electric vehicles, bicycles and pedestrians.

“From the outset, the government has stressed that we will carry out a comprehensive consultation exercise, and that this is a pilot project,” Daryanani added.

As such, from June 1 the road will only close on the weekend and Monday, opening back up from Tuesday to Friday.

Traffic flow around Gibraltar will be monitored during the days the road is closed to find out how effectively the system will work.

Chatham Counterguard will also have its road closed to allow restaurants to have more space for tables as eating establishments reopen as part of the Government’s ‘Unlock the Rock’ phased plan.

Europort Avenue is the other road to see changes, after the two main secondary schools were opened there last year.

According to the minister for traffic and transport, it will only be open for student and residential vehicles.

Daryanani said that Gibraltar cannot lose the momentum in improving air quality on the rock, and that these measures would help create a ‘green Gibraltar’.

With that, the Minister told the press that they are considering the banning of ‘delivery vehicles that run on fossil fuels on Main Street.’

A new park & ride bus service from the frontier and extra buses for school children are set to be introduced in the next few days.

To discourage vehicle use, Midtown Car Park will introduce a parking fee of £1.80 per hour having previously been free to all cars during the daytime.

Road tax will not be implemented as part of the Government’s transport strategy, as previously thought.

Instead, Daryanani said that they are looking to introduce a ‘pollution tax’, and that the money received from the charge will go towards greener transport projects in the future.

Year ten students at Gibraltar’s high schools will be allowed to go back to school along with year two and year six students on May 26.

It forms part of the government’s phased reopening of schools as active COVID-19 cases continue to drop in the area.

Year 12 students may also be able to speak to their teachers before the summer break, and an announcement will be made on this soon.

“Any child who needs access to the childcare supervision facilities, which we have been providing all along all along, will be able to do so at their usual school,” said Minister for Education Gilbert Licudi.

This will be available from May 26 also, with the government asking for parents to fill in an form to take advantage of the service.

“It is critical for the team at the Department of Education to have accurate numbers of children who will be accessing child care facilities.”

“If parents do not submit the form by the deadline, we will not be able to guarantee supervision for your child.”

The total number of tests done in Gibraltar is now at 5,159, with 147 confirmed cases since the virus reached the rock more than two months ago.

Gibraltar’s schools had to close after attendance was at an all time low, and when the government knew that they couldn’t teach the national curriculum at the time.

Active cases on the Rock remains at only two, and there have been no deaths as a result of the Coronavirus. 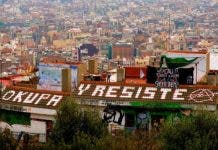