A MAN has been denounced in Murcia for beating his son because he wanted to become a musician and not go to university.

The 17-year-old boy went to his local police station and filed a denuncia against him for hitting him across his body with a solid plastic bar.

The report contains several photographs taken of the young man, showing neck, back and leg injuries.

This all started when a few months ago the unnamed teen told his parents that he wants to pursue his dream of becoming a musician, something which at the start seemed to be accepted by his parents.

However, a couple of days later that changed and his father became angry citing how much money they had spent on his education.

He argued that his son could study for a university degree and on a secondary basis practice his music.

The latest incident that led to the denuncia, started at the kitchen table when the mother thought her son was disrespecting her by arguing his case.

It was then that his father started beating him and that continued into the bedroom as well, where the boy had taken refuge.

The teenager however did not want his father to get arrested, so the officers have let him off with a warning, considering he had no history of domestic violence.

The youth just wanted to make sure his father wouldn’t hit him again, which is why he felt he had to notify the police. 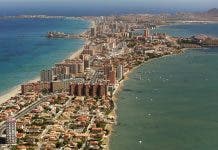