A BRITISH expat on Spain’s Costa Blanca has tripled his target in a fundraising campaign for his rare genetic condition.

The charity he partnered with, Ataxia UK, estimates only 13% of the UK are aware of the neurological condition that affects the speech, balance and coordination of 10,000 people in Britain and 8,000 here in Spain.

Brian Davis and his family, two of which are also Ataxia sufferers, set out to raise awareness this year with a series of mini-triathlons.

Working through the SuperHeroSeries website and in partnership with Marvel and Disney, Brian’s group originally planned 20km of cycling, walking and swimming, with a target of £200.

After only a week, the group surpassed both targets, but continued through pain and inconvenience to raise over £720 and cover 193km, the equivalent of more than four marathons!

The Olive Press spoke with Brian, as he looked back on his accomplishment.

Brian, 60, said: “There’s no funding to find a cure for this condition, so anything we can do for the charity and to raise awareness is a good thing.”

The Formentera del Segura resident, originally from Stroud, said: “Walking even a kilometre with my frame after three months of lockdown was very difficult, as the restrictions prevented me from walking any reasonable distance.

“Swimming two or three kilometres every day was much easier, as the pool is lovely and warm, now!”

If Olive Press readers would like to know more about the condition or contribute to raising funds for extra diagnoses and a possible cure, please use the links below. 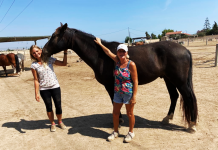 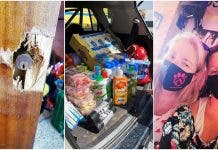