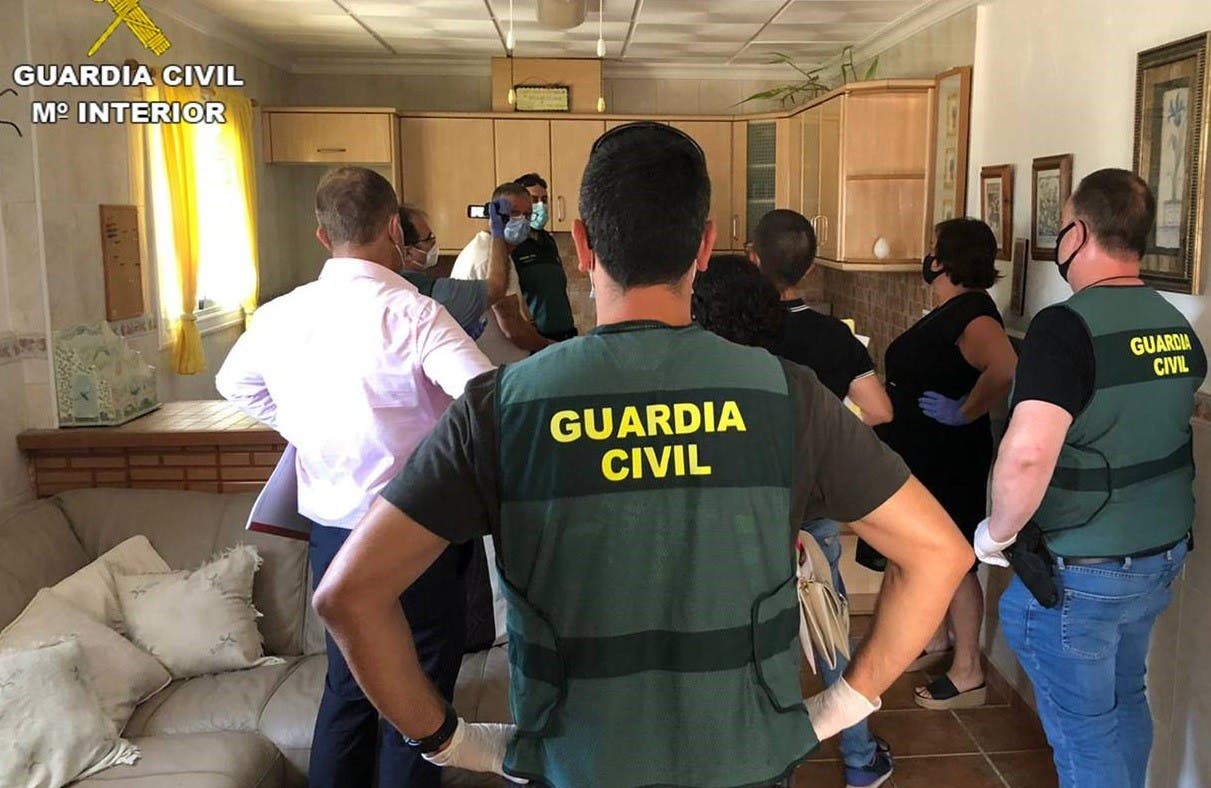 TWO men have been arrested in Crevillente after a British woman died in a house robbery on the southern Costa Blanca last November.

The body of the unnamed 70-year-old was found on November 18, 2019 at her property in the inland town of Granja de Rocamera, where she lived by herself.

There were no signs of forced entry which led Guardia Civil agents to work on the theory that she knew one or both of her assailants.

One of the men was subsequently found to be a friend of the woman.

The inquiries were kept secret, including the arrests of a 49-year-old Dutchman and a 33-year-old Spaniard in January.

The assailants knew that she had money in her house and looked to steal €600 euros, and the resident suffered a fatal blow to her chest as they exited the building.

A reconstruction(pictured) of November´s events was carried out at her home this month, after both men were charged with homicide and violent robbery.

An Orihuela court is in charge of the investigation, with the duo remanded into custody since January.

Both men confessed to their part in the woman´s death in their original statements to the Guardia Civil.