“We must prove what we already knew: that the Spanish state spies on its political opponents,” Torrent explained in a report accessed by El Pais and The Guardian.

Torrent exposed the hacking scandal last year when he revealed he believed that he was the victim of spyware that was only available to governments and national security.

He is now appealing to Interior Minister Fernando Grande-Marlaska to be held accountable for the Spanish Secret Service’s actions.

The spyware in question is the same one that is currently the subject of a US lawsuit and which hacks into weaknesses in the communication app, WhatsApp.

Although initial investigations have concluded that Torrent’s phone showed no signs of being hacked, the Catalan independence supporter insists that the Spanish government are responsible for spying on his phone.

He also alleges that two other well-known pro-independence figures were targeted.

It has been reported that WhatsApp’s breach in security occurred in April and May 2019 and was committed by the ‘Pegasus’ software, developed by an Israeli company NSO Group.

Prime Minister Pedro Sanchez’s office has adamantly denied the allegations and explained that such an action would need judicial approval.

Spain’s intelligence service, the CNI, has declined to comment. 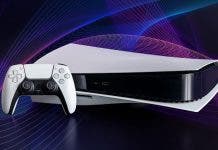 Laurence Crumbie - 30 Nov, 2020 @ 20:30
EIGHT Spanish neighbours have made it their duty to rescue a crumbling Gothic church in their village, and are succeeding.