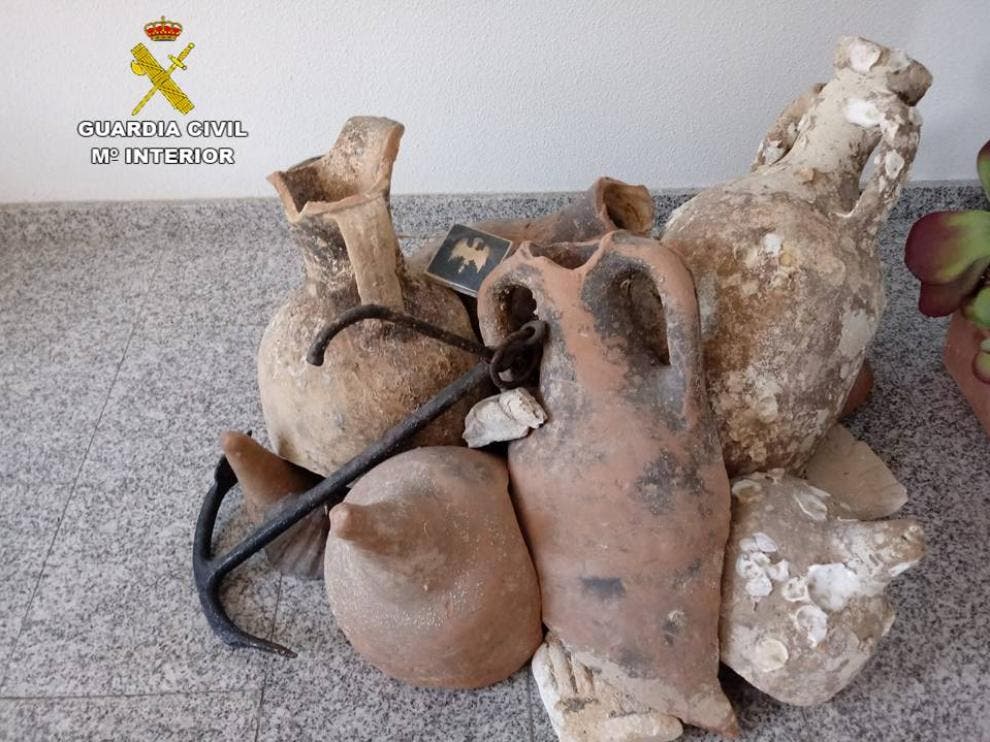 13 Roman jars were spotted being used as ornamental decorations around a Santa Pola frozen fish shop when the Guardia Civil popped in for a routine inspection.

Agents from the Guardia´s environment unit, Seprona, were checking out the legality of the fresh produce that was being sold, but could not fail to notice the array of ancient Roman artefacts dating back to the 1st century AD.

Also on display was an 18th century anchor and a limestone plaque with an inscription on it of the word “este”(east).

The Guardia agents seized the items and took them to Santa Pola´s Sea Museum for experts to catalogue and to work out their heritage.

The shop owner and his son are now being investigated by an Elche court for committing crimes against historical heritage, in addition to possessing illegal items.

The son is said to have taken the artefacts during a fishing trip and brought them back with him.

His father then thought it would be a nice idea for the relics to be placed around his shop as decorations.

A Guardia Civil spokesman said: “The jars could well have been taken from shipwrecks, and the items would be protected by underwater archaeology laws.”

It’s believed the jars were filled with products like wine and olive oil that were being transferred by sea to ancient Rome.