A woman has allegedly been raped while on dive excursion off the south coast of Mallorca.

The tourist, thought to be German, was reportedly pounced on by a dive instructor while on a boat trip close to Cabrera national park on Friday, July 17.

The horrified holidaymaker claimed she had been attacked on board by one of the monitors while her friends swam in the nearby waters.

She filed a formal complaint at a Civil Guard station in Santanyi before undergoing a medical examination at Son Espases Hospital in Palma.

The dive instructor, who has not been named, has denied any wrongdoing and has been released without charge by an investigating judge pending an ongoing criminal probe. 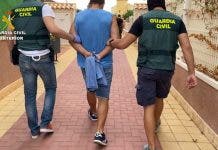