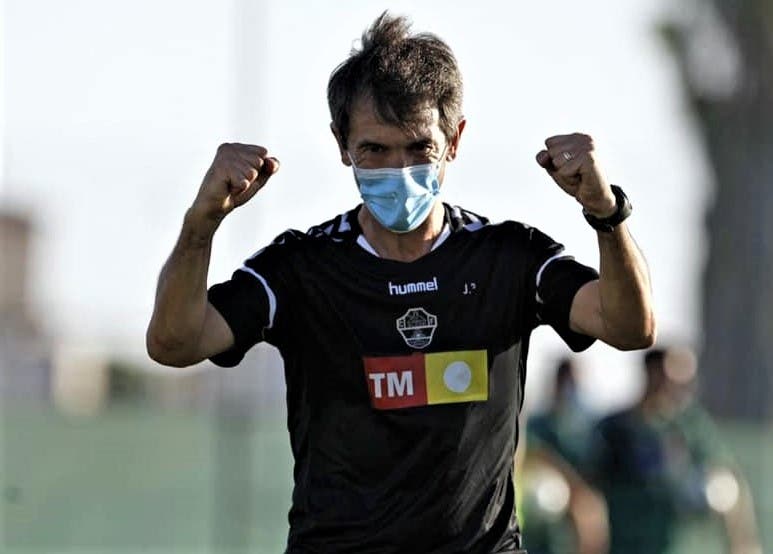 ELCHE’S coach Pacheta has left the club after booking a return to La Liga’s Primera division on Sunday night in a play-off win at Girona.

Pacheta dodged questions at a news conference yesterday(August 24) over his future and hinted that something would be sorted within a few days.

The ‘sorting’ came this afternoon as the club put out a long and gushing statement in praise of Pacheta which said that he was no longer working for them.

There was zero indication from Elche as to whether they had fired Pacheta or whether he left the club of his own accord.

Around the same time, popular Elche midfielder, Ivan Sanchez, also announced that he was leaving the club.

It was no secret that Pacheta had a rocky relationship with the sporting director, Nico Rodriguez, and the club’s new Argentinian owner, the sports agent Christian Bragarnik.

The departure of Pacheta, along with midfielder Sanchez, leaves Elche’s preparations for the start of the new season on September 12 somewhat in chaos.

Supporters have been left stunned across social media sites with one or two asking about the availability of Fran Escriba, who was Elche’s coach when they were last in the top flight of Spanish soccer over five years ago.