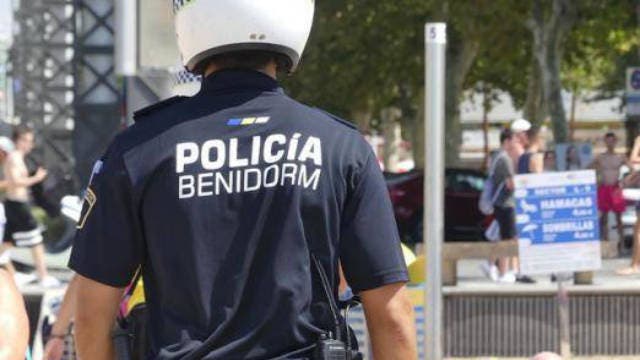 AN 86-year-old woman was knocked over on a Benidorm street by a man who tried to steal her jewellery and nearly suffocated her in the process.

The events happened in broad daylight yesterday(October 20)at the junction of Avenida de Cuenca and Calle Ibiza.

The 32-year-old Bulgarian assailant hit her repeatedly as she lay on the ground and tore off an earring.

The man, who has a criminal record, then tried to wrench off her necklace but struggled to pull it off.

His exertions were such that he caused bruising around her neck as he could not get remove the necklace and she bit his forearm to stop him from suffocating her.

The woman’s 86-year-old husband hit the thief with his cane and he fled the scene.

Two Benidorm Policia Local agents arrived on the scene and one of them used his motorbike to chase down the attacker.

The man was wearing a distinctive orange sweatshirt, and despite discarding it, he was caught by the biked agent around the corner on Calle Jaen.

The victim and the assailant were both treated at the Rincón de Loix health centre, with the Bulgarian handed over to the custody of the Policia Nacional.