The cumulative incidence rate in the country has dropped to a two-week average of 188 cases per 100,000 inhabitants.

Meanwhile every region has now lowered their incidence rate to below 250, considered the benchmark for a ‘very high risk’ of coronavirus contagion, according the Health Ministry.

Head of the coronavirus task force at the Centre for Health Emergencies Fernando Simon said tonight that the situation is improving but ‘very slowly.’

The epidemiologist said the sharp decline in infections has not been matched when it comes to deaths and hospital pressure.

The daily death toll Thursday remained above 300, with 325 people losing their lives to the virus in the past 24 hours.

Meanwhile in hospitals, there are 11,965 coronavirus patients nationwide, a figure which has practically halved in a month but is still being reduced at a much slower pace than the infection rate.

The proportion of beds taken up by the virus fell by just 0.27% on Thursday, and in the intensive care units by 0.49%.

“We have to remain on guard to avoid a dreaded third wave,” Simon said at a press conference Thursday night.

It comes after the national Government announced last week that it will allow citizens to travel between regions to visit family or ‘close friends’ between December 23 and January 6.

Many, including Andalucia president Juanma Moreno, fear this could lead to an onslaught of travel and cause a third wave if thousands travel to second homes or take advantage of the rule changes.

Moreno’s government has therefore removed the term ‘close friend’ from its updated coronavirus bill and will only allow for travel over Christmas to see family.

All regions are allowed to adapt the lifting of restrictions permitted by the central Government but Madrid retains the power to deny any changes while the country remains under a state of alarm. 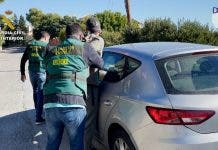 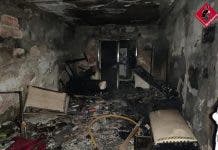