Home Costa Blanca Tough times for both the hero and the man he rescued from... 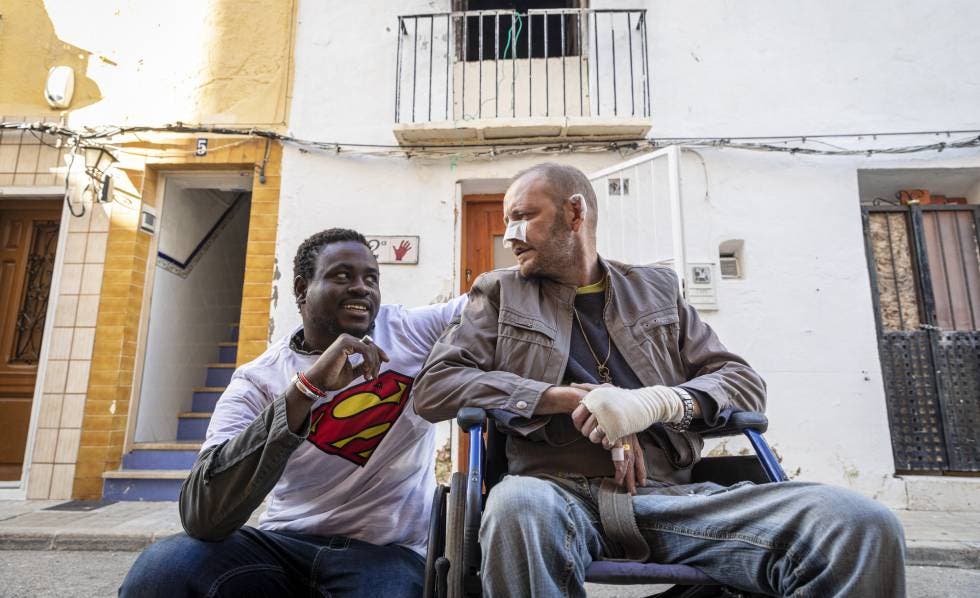 A street seller who became a Spanish and international hero a year ago after a Denia fire rescue, still cannot find a job.

Meanwhile, the disabled Spaniard he rescued says he does not have enough money to sort out his old home.

22-year-old Georgui Lamine hit the headlines in December 2019 with his quick-thinking Denia rescue.

He climbed a wall to save wheelchair-bound Alex Gaudeli who had taken refuge on his balcony after a fire in his apartment.

Alex was brought down to safety, along with his dog, and has kept in touch with Georgui since then.

Last month, the ex-Senagalese national became a dad for the second time, when his partner Gaya gave birth to a baby girl.

The couple already have an 18-month-old daughter, Ndeye.

Georgui was undocumented in Spain a year ago, but he was given residency status within weeks, and became a Spanish citizen in July.

His family have now moved away from the Denia area because of the high rents but they’ve found an affordable apartment in Valencia City.

Georgui said:- “It’s costing us €550 per month which is a lot but we are better off than before.”

“I want to become a firefighter and after becoming a Spanish national I thought it would be easier to get a job, but its not been the case,” he added.

While Georgui maintains an air of optimism, Alex Gaudeli has revealed that he has found life very hard after the fire damage to his apartment.

He says that his disability income is barely enough to restore basic amenities to the property, let alone paying for repairs to make it habitable again.

“My illness at the age of 40 is making life difficult and so I’m having to live with my ex-partner in Benissa,” said Alex.

Georgui and Alex still keep in touch but the rescued man cannot help but notice the contrast in their fortunes over the last year.

“He did what nobody else did on the street which was to help me. He became a hero with a future, while I lost everything and I don´t really have the health to carry on my fight,” mused Alex.