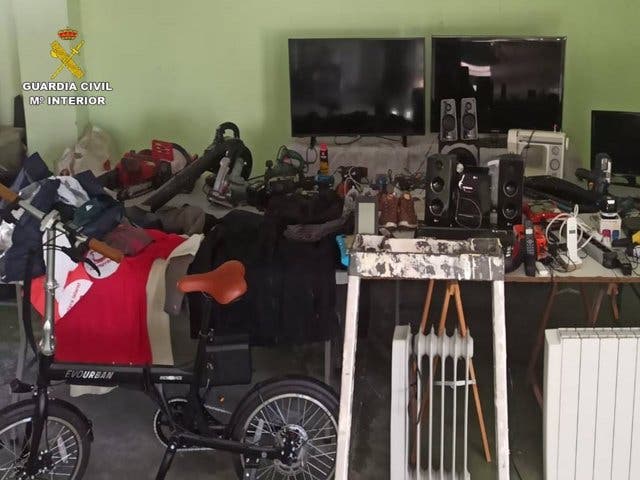 TWO men who brazenly robbed homes around Javea while the residents were inside, have been arrested by the Guardia Civil.

The Guardia is still looking for a third female member of the group who are accused of 20 break-ins.

A 42-year-old Spanish ringleader was denied bail by a Denia court while his accomplice, also aged 42, was released ahead of their trial.

The arrests came at the end of an operation called ‘Toxu 2020’, which began in September after the Guardia Civil got a stream of home robbery reports.

The gang broke in by smashing door locks and then stole items, often with the home owners inside their properties.

The pilfered goods were then pawned off to second-hand stores in Denia and Gandia, as well as further away in Elche.

The Guardia operation saw officers step up patrols in the robbery-hit area, and when they stopped a car for a routine check, the driver ran off on foot.

Several stolen items were found in the boot, and a number-plate check revealed that the vehicle belonged to a well-known local criminal.

Armed with the man’s address, officers then located where the robbers stored the stolen items in a unit close to his home.

Several televisions as well as a large number of tools, sewing machines, phones, radiators, a scooter, and an electric bicycle were amongst the recovered goods, which also included a Guardia Civil cap.

A fresh set of check points were set up and the ringleader was arrested after he was stopped in his car.

The vehicle boot was crammed with stolen goods.