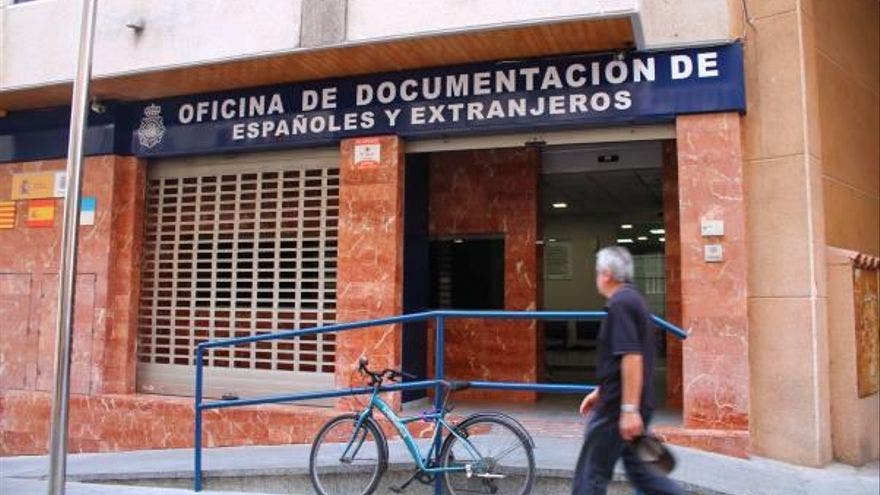 THREE Policia Nacional officers in Torrevieja needed medical treatment after being attacked by a family picking up their Spanish ID cards.

The five-strong group had been told off for not respecting social distancing rules and took violent exception over their reprimand.

Three members of the family were arrested but their nationality has not been disclosed.

The bizarre behaviour happened yesterday(December 15) at the Policia Nacional office on Calle Arquitecto Larramendi where Spanish identification documents are processed and issued.

A man and woman, plus their child, in addition to two other family members, were in the building for a pre-arranged appointment to get ID cards.

They were told off several times by officers for breaking health safety rules while they waited in the office.

The greatest concern was the group totally flouting the need to socially distance.

Due to the health risks they posed, the Policia Nacional staff decided to evacuate the office.

When the unruly family were asked to show their proof of identity, three of them violently lashed out at three officers.

They needed treatment at a medical centre for their injuries, as furniture was wrecked during the unexpected rumpus.

Two family members were taken away by a Guardia Civil patrol to court, while their child will be investigated by the juvenile prosecutor’s office.

The trio have been charged with crimes of attack, injury, and damage.