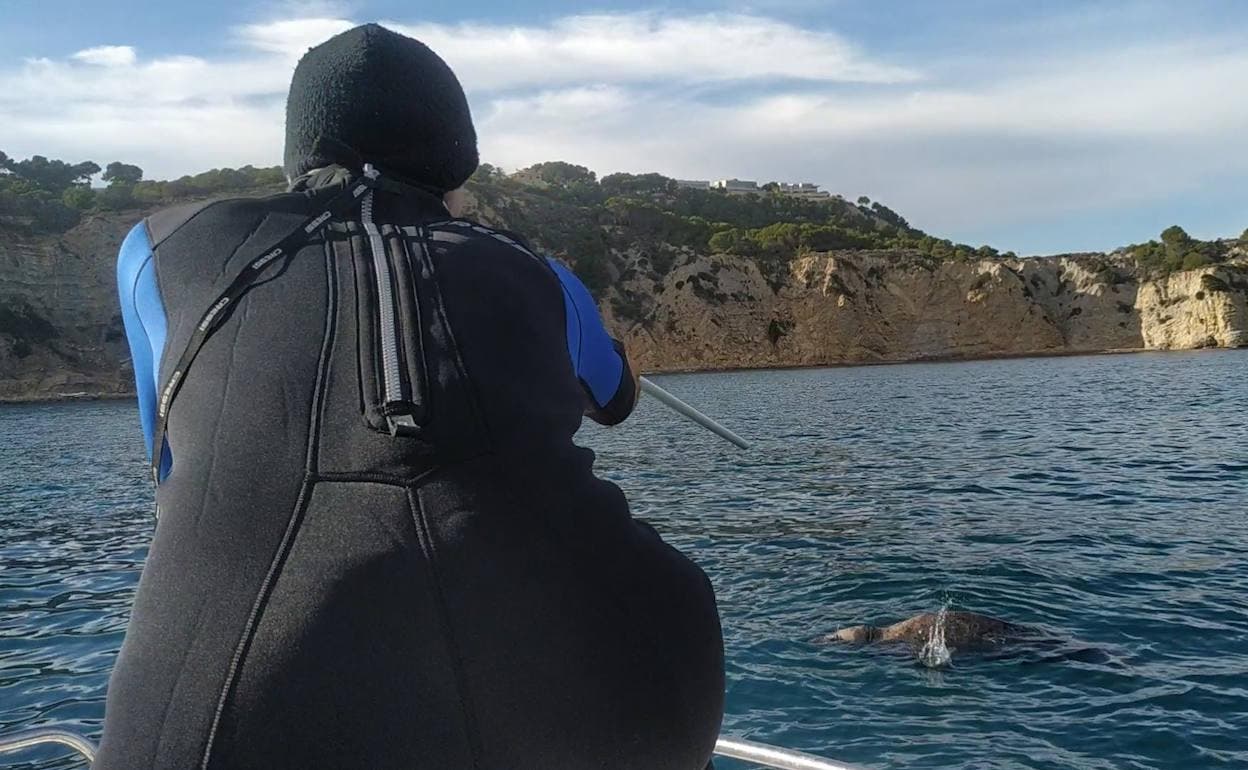 AN elusive grey seal that’s been popping up in Costa Blanca waters over the last week has been given a dose of antibiotics.

Vets from the Oceanogràfic Foundation in Valencia tracked it down to the Javea area on Monday(December 14) after it had been spotted off Altea, Teulada-Moraira and Benitatxell.

Mystery surrounds how the grey seal got to Spanish waters, as it is native to the northern shores of the Atlantic Ocean, including breeding grounds in Scotland, Wales, and northern England.

This particular well-travelled seal is said to be the same one that was spotted at a jetty in Gibraltar in late November, and before that off the Algarve in Portugal.

The current concern is that the seal has an injury caused by something like a a rope getting entangled around its neck.

Vets boarded a Javea Policia Local boat and got close to the seal who was bobbing along in the waters off Portixol, and clearly in some discomfort.

Though past experience had shown that it would be difficult to capture it, one of the vets used a blowpipe to give it an injection to reduce any infection caused by the injury.

Oceanogràfic Valencia curator, José Luis Crespo, said: “We are still hopeful of trying to capture the seal as we need to make sure it recovers and that we can get rid of everything that is around its neck.”