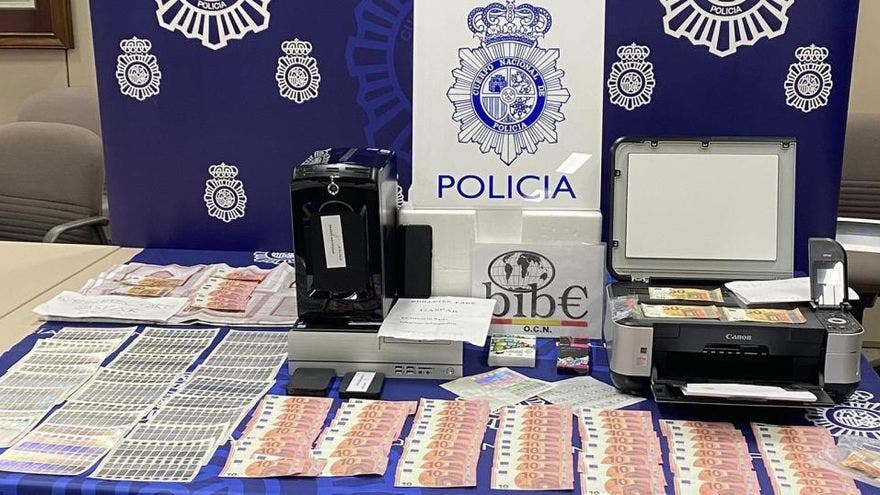 A Barcelona area youngster has been arrested for making forged Euro notes and selling them online to customers in the UK, Spain and Portugal.

The minor was detained by the Policia Nacional who said that the fakes were ‘of very good quality’.

The boy lived with his parents and sister in a city outside Barcelona and he ran the operation out of his bedroom.

He made no secret of what he was up to as he created a social media profile under the title of ‘I sell Fake Banknotes’.

He attracted over 2,000 followers and his profile page featured photos and videos of his homemade counterfeit notes.

The Policia Nacional said: “These fakes were dangerous because it was really difficult to identify them at first glance as forgeries.”

The boy notched up a ‘large’ income stream from people who bought the bogus notes.

His social media site featured tutorials on how to make a counterfeit bill and where to buy the materials needed for their production.

The Policia Nacional search of his parent’s address uncovered holographic symbols as well as specialised ink cartridges and paper, in addition to a printer.

The youngster also kept a ledger of all the names and addresses of people that he did business with.

That included all of the payments that he received from his illegal enterprise.

Those details are being followed through with plans for more arrests in Spain and abroad.