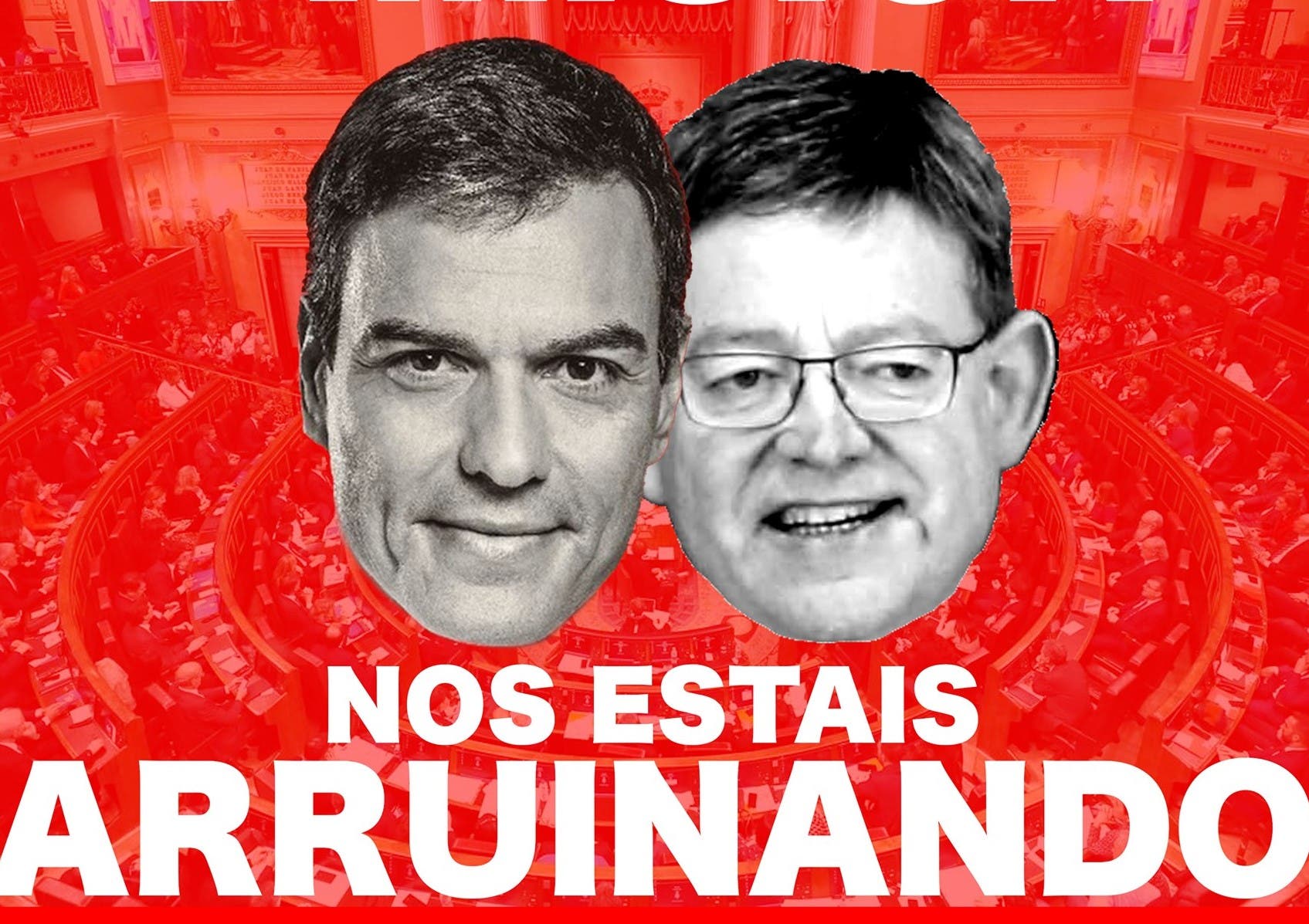 BENIDORM hospitality association, Abreca, has demanded the resignation of Prime Minister, Pedro Sanchez and his cabinet.

They say their businesses have been ‘ruined’ because they have not got enough help during the COVID-19 pandemic.

The same resignation call has been made to the Valencian Community president, Ximo Puig, and his ministers.

Abreca have launched a social media campaign featuring a photo of the two men with a caption that says ‘You have ruined us’.

A statement from the group said: “We feel neglected, forgotten, despised and humiliated.”

They attacked plans announced in Madrid yesterday to offer rent relief to hard-pressed businesses as going nowhere near enough.

Abreca pointed out that the break on rents only applies to people who have ten or more outlets.

They have criticised a lack of support for the self-employed and for family businesses, in addition to not enough help over tax and social security contributions.

“The measures do not include any direct aid that all European countries have already pumped into the sector that has been the hardest hit economically ,” they added.

Abreca also repeated a call for longer opening hours for their members after the curfew start-time was brought forward to 11.00pm last Monday(December 21).