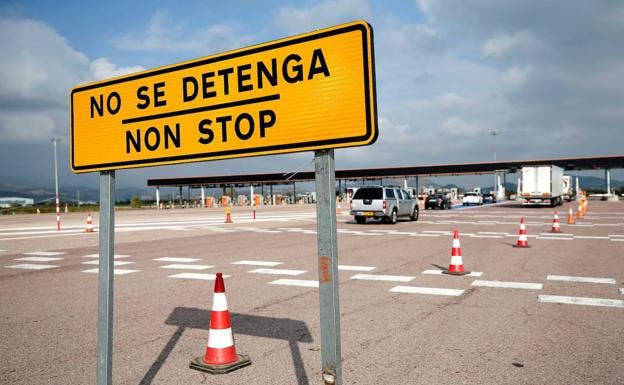 THE AP-7 motorway going toll-free last January 1 between Alicante and Valencia has saved a family €300 per annum in travelling costs.

The claim has been made by the Government delegate to the Valencian Community.

Gloria Calero was speaking at a ceremony held today(December 29) at the old Ondara toll booth site on the northern Costa Blanca.

The highway became toll-free north of Alicante at the start of 2020 when the previous private contract ended.

There is no imminent prospect of that being repeated for the Southern Costa Blanca section between Alicante and the Murcia region.

That’s because the current franchise holder is rooted in place until 2048.

Marking the first anniversary of the change, Gloria Calero said: “The move has led to the greatest transformation for movement in the Valencian Community in 50 years, saving users a total of €300 million each year.”

Official figures produced by Calero showed that the AP-7 stretch between Alicante and Valencia had a 27% rise in traffic between June and October this year, compared to 2019.

That was in spite of vastly reduced foreign tourist numbers due to the coronavirus pandemic.

Lorry drivers are saving up to €2,500 per annum since the motorway became free of charges, with an average family pocketing €300.

“The freeing up of the AP-7 allows us to position the Valencian Community as a leading region for being competitive in business and communications,” said Gloria Calero.

The Government delegate’s positive portrayal does not extend to the AP-7 south of Alicante.

Motorists still have to pay tolls at Los Montesinos and La Zenia as that section of the motorway continues to be managed by a private operator who has 28 years left on their 50 year deal.

In spite of regular complaints from mayors on the southern Costa Blanca, Valencian public works minister, Arcadi España, who was at Ondara this morning, offered little hope of any change earlier this year.

“This is a complex matter and because of the long length of the operating contract, it would cost a lot of money to sort out,” he said in July.