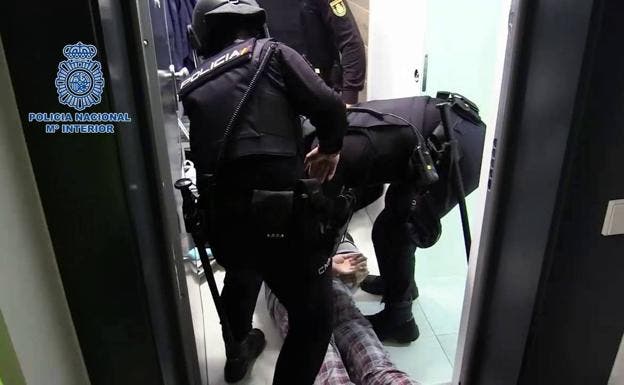 THE head of an international drugs smuggling gang branded as ‘The Eels’, has been arrested in Los Alcazares in Spain’s Murcia region.

His detention by the Policia Nacional came after a two-year probe in collaboration with the Lithuanian and Polish police.

‘The Eels’ had established a reputation for maintaining great secrecy over their activities which made them difficult to track down.

The arrested Lithuanian boss passed himself off as a tourist to mingle unnoticed around Los Alcazares.

His deputy was arrested in Alicante Province for running two marijuana farms.

Police detained a second man in Murcia in addition to five arrests in Lithuania and one in Poland.

24 co-ordinated searches were done in Spain, Lithuania, and Poland.

Besides the nine arrests, five guns; €50,000 in cash; and drugs were seized by police officers.

The gang had been operating across the continent for 15 years.

They used Spain as a base to distribute drugs to other countries via boats, cars, and lorries.