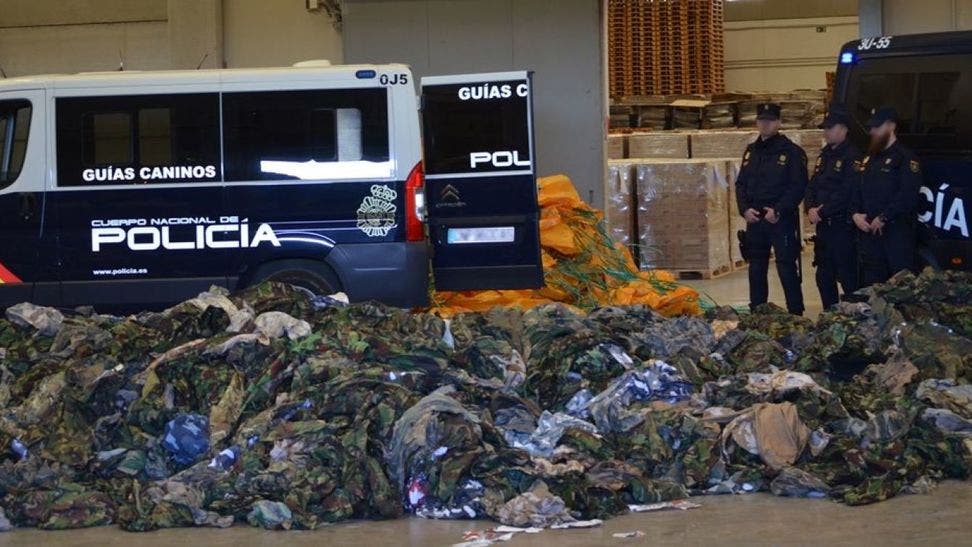 A Syrian-born Dutch national has gone on trial in Madrid for running an Alicante clothing company as a front to distribute supplies to ISIS terrorists in Iraq and Syria.

The leader, along with six others, are accused of being a terrorist group that sent weapons, explosives, money and military uniforms from the port of Valencia City to Mersin in Turkey.

The company was called ‘Black Tiger’ and the illegal supplies were put into containers that were camouflaged with shoes and clothes on the pretence that they were being sent to refugee camps.

The consignments were financed by ‘hawala’, an informal system of payments based on trust which is far harder to detect than conventional bank transfers.

The group leader was arrested in February 2016 with the police finding pictures on his computer showing him in Syria carrying weapons.

The Policia Nacional said that the leader was in ‘constant’ contact with an ISIS member who repeatedly asked him to recruit women so that they could be ‘married off’ to ISIS fighters in Syria.

Prosecutors are calling for prison terms ranging between 18 to 23 years for the leader and the rest of the group for committing a range of crimes including belonging to a terrorist organisation, financing terrorism and money laundering.