Home Costa Blanca PREDATOR PET as alligator-style reptile is seized from a farm on Spain’s... 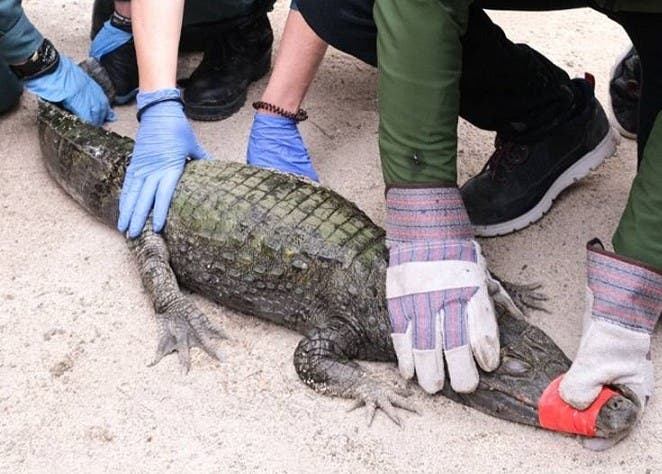 A South American caiman has been rescued from an Alicante Province farm after its owner tried to sell it for €2,000.

The sharp-toothed reptile is similar to an alligator but with a heavily armoured belly.

Caimans inhabit tropical areas of central and southern America, and can weigh up to 40 kilos.

Guardia Civil officers heard about its proposed sale and visited the farm in Sax.

They discovered that the 1.60 metre-long caiman was kept in totally unsuitable conditions.

The farmer had no papers to show he obtained the reptile in addition to a Harris hawk.

Unsurprisingly he had no insurance policy to cover the ownership of a dangerous animal.

The caiman was transferred to the custody of Elche’s Rio Safari zoo, but the farmer was allowed to keep the hawk for the time being.