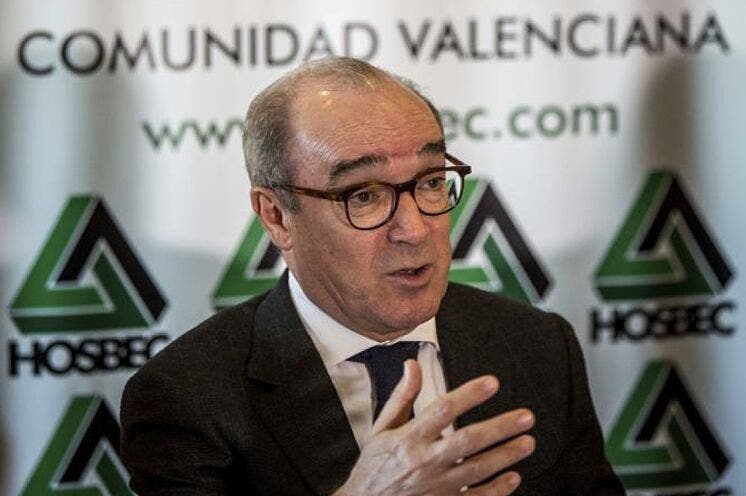 THE Costa Blanca’s largest hotel lobby group has attacked the Valencian government position that Easter domestic tourism will be ‘written off’ for the second-year running due to the pandemic.

It wants the Valencian administration to change its policy over keeping its regional border shutdown maintained over the Easter holidays.

Hosbec president, Toni Mayor said: “This is contagious tourismophobia on the part of the government which can become even more contagious because it gives the impression that our hotels are not safe.”

Valencia president, Ximo Puig, has made it clear that he wants perimeter closures to stay in place until the Friday after Easter, just under five weeks away.

Puig’s position is being supported by neighbouring regions like Catalunya and Murcia who will maintain border shutdowns as well in a move to curb national travel and tourism.

But Mayor believes that everybody has rushed into making a quick judgment with Easter over a month away while COVID-19 infections tumble to levels not seen since last summer.

“Hosbec does not got along with the regions closing their borders for Easter because of the lower infections and projections that the trend will continue over the next few weeks, “ added Mayor.

“We cannot be afraid of normality which is a situation that seems to be worrying politicians.”

Hosbec claim that no COVID outbreak has been recorded in Spanish hotels since last May and that tourism is being blamed for virus transmission without a shred of evidence.

“The politicians cannot explain why five million Valencians can move around the region but that we cannot welcome 40,000 clients from other regions into our hotels that have extreme health protocols in place,” Mayor said.

The Hosbec chief has also suggested ‘moving’ the Semana Santa(Holy Week) holiday to the end of April and early May when ‘mobility will be recovered’.