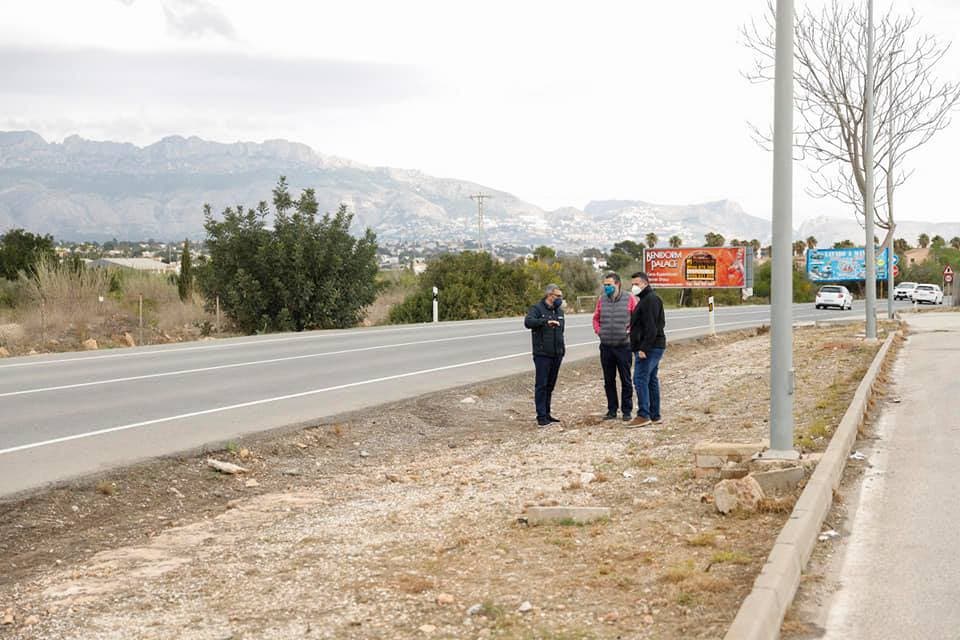 A new cycle lane and two sets of pavements will be built on a busy Costa Blanca tourist road linking Benidorm to L’Albir.

Normal pandemic-free summers see large volumes of traffic on the road with major safety issues for cyclists and pedestrians.

L’Alfas council is to spend €946,477 on the project running alongside the CV-753 known as Cami Vell d’Altea.

The work will be paid for by the Valencian government via European funding.

5.5 metre-wide pavements will be constructed on both sides of the road, with the cycle lane on the L’Albir-bound carriageway.

The council says that plans are already well-advanced to acquire nearly 8,000 square metres of land that’s needed for the expanded route.

On a site visit, L’Alfas mayor, Vicente Arques, said: “Once we get formal financial approval from Valencia we should be able to start work shortly afterwards.”

The project will also see floodwater drains put in as well as lights and signs.

“This will greatly improve the mobility and accessibility of the area including encouraging the use of bicycles which will help to boost health,” added Arques.

Kimberley Mannion - 1 Jul, 2022 @ 19:15
AUTHORITIES have dismantled the lucrative business of the Spanish dog vampire - a man who kept roughly 500 corpses of cats and dogs whose...