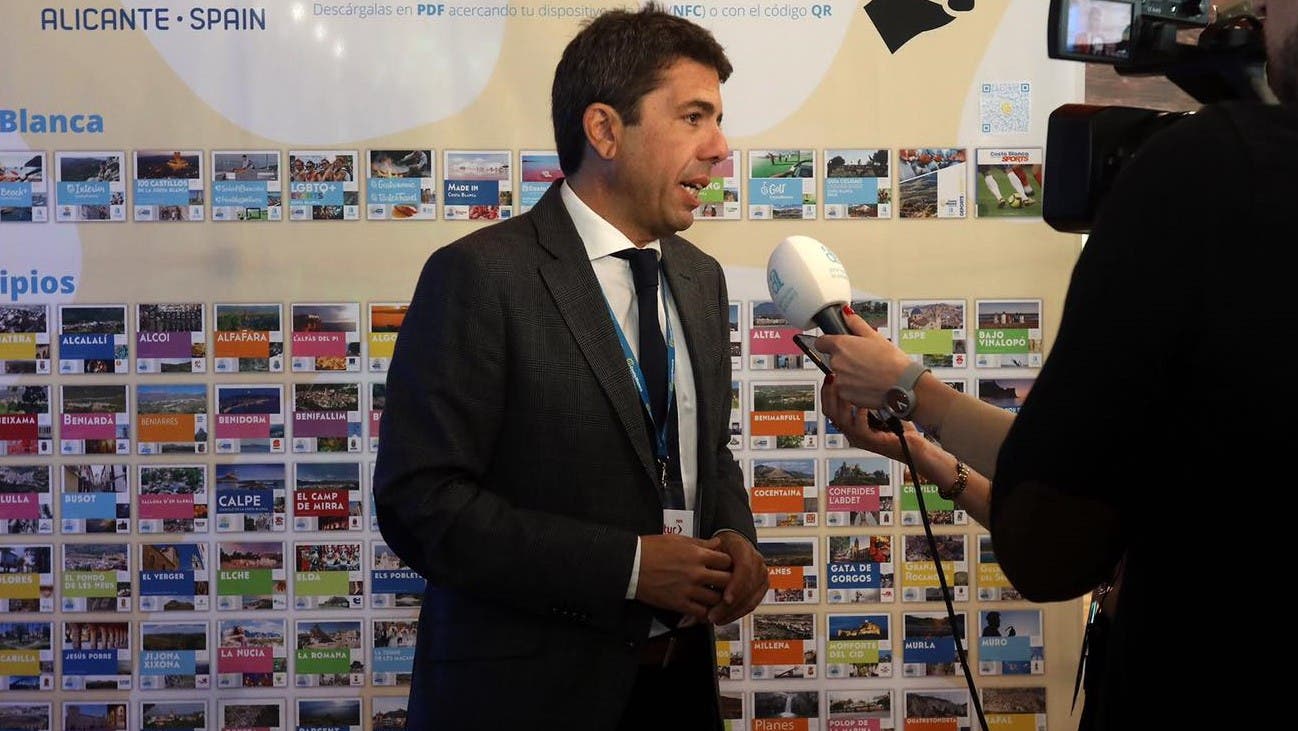 TOURISM chiefs on the Costa Blanca have said they are not getting as good a deal from the national government as Spain’s island destinations.

The criticism came at a Benidorm-based conference on how the local tourist sector will bounce back in the post-pandemic world.

The speakers included Alicante Provincial Council president, Carlos Mazon, who launched into an attack on the government in Madrid.

Carlos Mazon said: “There has been discrimination suffered by the area over tourism compared to the Balearics and Canaries with no recognition of the health and safety measures taken.”

Toni Mayor of the HOSBEC hotel association, who organised the event, said: Of the €7 billion in direct government aid to tourism, €2 billion is going to the islands and the Valencian Community will get just €650 million.”

HOSBEC general-secretary, Nuria Montes, added: “Hotels in our region should get exactly the same proportionate support as in the islands.”

Carlos Mazon also criticised the lack of a Spain-wide policy over mobility, which is largely the responsibility of the country’s 17 regions.

“It does not make sense that at the moment a person from Orihuela cannot go a few kilometres to Murcia, but they can go to Castellón. Nor does it make sense that we are waiting for the Belgians and French but we cannot receive Murcia and Madrid visitors. What is the reason?”

Mazon observed that after a year of the pandemic and restrictions, people within tourism have had enough.

“What has been lost after a year is patience and there are certain measures that should have been taken and have not been taken,” he added.

He also attacked the region’s restricted hours for the hospitality sector and the lack of logic where non-essential businesses can remain open until 8.00 pm, yet bars and restaurants have to pull down their shutters at 6.00 pm.

“We are prepared, tourists are well served and we need to bring back happiness to the people as soon as possible, which is what they are waiting for, ” concluded Mazon

Jorge Hinojosa - 7 Jul, 2022 @ 17:45
POLICE have discovered the largest marijuana plantation in Spain, in Vilassar de Mar in Barcelona. The farm, comprising 35 hectares, had been in operation since...

What does Boris Johnson’s resignation mean for expats in Spain?