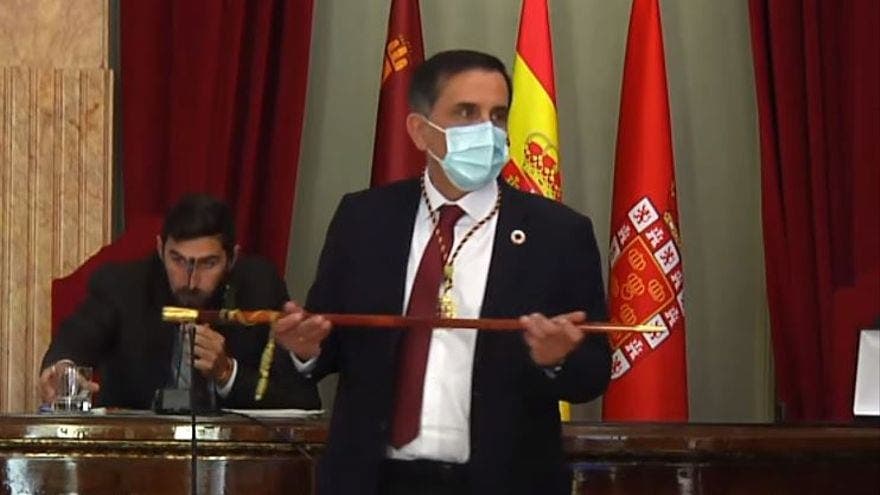 THE Partido Popular(PP) has been removed from running Murcia City Council after 26 years of control.

A censure motion was passed by just one vote today(March 25).

It means that the socialist PSOE party will run the authority after getting support from the four centrist Ciudadanos councillors and two members of the left-wing Podemos party.

Jose Antonio Serrano has become the new mayor after the knife edge vote ended up 15-14 in favour of the motion.

11 PP councillors and three members of the far-right Vox party voted against the proposition.

The Ciudadanos representatives held firm after last week’s debacle in the Regional Assembly where a censure motion to remove the PP failed because some of the party’s delegates changed their minds and took ministerial positions to keep the status quo.

Jose Antonio Serrano said: “This was a well thought-out decision which will improve the effectiveness and transparency of Murcia City Council.”

“It is an historic day for a new Murcia to transform the life of its citizens,” he added.

The PSOE and Ciudadanos have formed a formal coalition but Podemos will stay out of being part of the city administration.

The ex-mayor, Jose Ballesta, warned that the PP was ‘not going anywhere’.