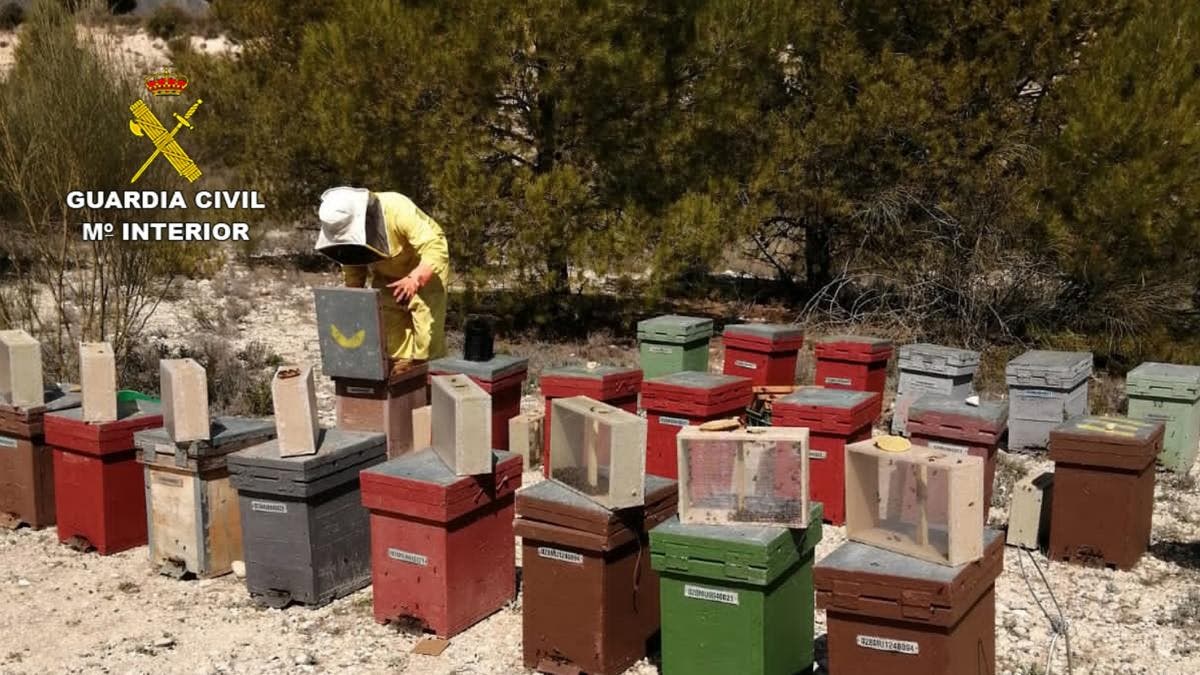 A Caravaca de la Cruz man has been arrested for stealing bees from their hives in the Murcia region and then selling them around Spain.

The Guardia Civil received reports last year of an increase in thefts from beekeeping farms in Caravaca, Moratalla and Mula and launched a probe into what was going on.

It’s believed that the bee thief may have stolen the contents of at least 100 hives but he has so far been charged with six crimes.

The man struck at night and coaxed the bees out of their hives into a container that had a queen bee already in them to tempt them in.

He sold the stolen bees to interested parties around the country and put them into home-made boxes with ventilation holes which were shipped to purchasers via a trucking company.

A Guardia raid on the unnamed man’s address uncovered 50 of the specially-constructed containers that were full of bees that he had stolen a few days earlier.

He had even created a feeding system so that the bees would be fully nourished.

The man told officers that the bees were his and produced ten-year-old ownership documents to try to fool them.